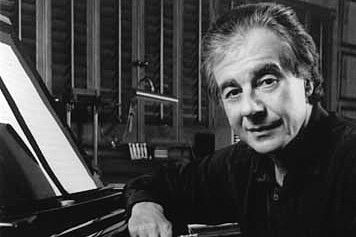 Lalo Schifrin, born June 21, 1932, is an Argentine composer and pianist. His TV and film scores are his most well-known, including the “Theme From Mission: Impossible” theme. He has been nominated for six Oscars and four Grammy Awards. He is associated with jazz music and is well-known for his work with Clint Eastwood, especially in the Dirty Harry films of the 1980s, 1970s, and later. Boris Claudio Schifrin was born in Buenos Aires, to Jewish parents. Luis Schifrin was his father and he led the Teatro Colon’s second violin section for over three decades. Schifrin started a six-year piano study course with Enrique Barenboim at the age of six. He was the father of pianist Daniel Barenboim. Schifrin started studying piano with Andreas Karalis (a Greek-Russian ex-patriot who was the former head of Kiev Conservatory) and harmony with Juan Carlos Paz, an Argentine composer. Schifrin became interested in jazz during this period. While Schifrin was a sociology and law student at the University of Buenos Airess, music is what drew him to it. He applied for a scholarship at the Paris Conservatoire at age 20. He attended Olivier Messiaen classes while there and also studied with Charles Koechlin (a disciple of Maurice Ravel). He played jazz at Paris’s clubs at night. Schifrin was a pianist with Astor Piazzolla in 1955 and represented Argentina at the International Jazz Festival in Paris. Schifrin returned to Argentina and formed a jazz band, a 16-member group that was part of a popular weekly variety program on Buenos Aires TV. Schifrin began accepting assignments for radio, television, and film. Schifrin met Dizzy Gillespie in 1956 and offered to write a long work for Gillespie’s big bands. Gillespiana was completed by Schifrin in 1958. It was recorded in 1960. Schifrin started working in the late 1960s as an arranger for Xavier Cugat’s popular dance orchestra. Schifrin met Gillespie again in New York, 1960. Gillespie had already disbanded his large band due to financial reasons. Gillespie invited Schifrin for the vacant piano seat in his quintet. Schifrin accepted the offer and moved to New York City. Schifrin composed a second extended piece for Gillespie, The New Continent. It was recorded in 1962. MGM signed Schifrin to a contract in 1963. They offered him his first Hollywood film role with Rhino!, an African adventure. Schifrin arrived in Hollywood late that year. Schifrin also radically rearranged the theme of the popular NBC-TV series The Man from U.N.C.L.E. He changed the original composer Jerry Goldsmith’s tune to a jazzy melody that emphasizes flutes and exotic percussion. This theme won the Emmy Award for Best TV Theme in 1965. The theme music for Mission: Impossible, a long-running television series, is one of Schifrin’s most well-known and beloved compositions. It’s a unique tune that is written in the unusual 5/4 time signature. Schifrin’s “Tar Sequence”, also from his Cool Hand Luke score, was the long-running theme for Eyewitness News broadcasts on New York stations WABC-TV and other ABC affiliates as well as National Nine News Australia. CBS Television used a portion of the St. Ives theme for its broadcasts of golf in the 1970s and 1980s. The 1968 score of Coogan’s Bluff by Schifrin was the start of a long relationship with Clint Eastwood, Don Siegel and others. Dirty Harry featured strong jazz blues riffs by Schifrin. Although similar to Bullitt’s Bluff and Coogans Bluff, Dirty Harry’s score stood out because of the fear it generated upon its release. William Friedkin, the film’s director rejected Schifrin’s work score for 1973’s The Exorcist. The trailer’s first trailer featured six minutes of Schifrin’s difficult and heavy music. However, audiences were apparently scared by the mixture of sounds and sights. Friedkin was told by Warner Bros. executives to tell Schifrin that softer music should be used. Friedkin didn’t relay this message. Schifrin’s final composition was thrown into the garage. In an interview, Schifrin said that Friedkin was the worst experience of his life. Schifrin returns to the tango music that he learned while working as Astor piazzolla’s pianist in 1998’s Tango. He brought traditional tango songs to this film, as well as his own compositions in which jazz is infused with tango. Aleph Records was founded by the composer in 1997. He also composed the main theme of Splinter Cell: Pandora Tomorrow. Red Dragon (2002) featured Schifrin as an orchestra conductor. He’s also frequently sampled in hip hop and trip-hop songs like “Prowl” by Heltah Skeltah or “Sour Times” by Portishead. These songs include Schifrin’s “Danube Incident”, which is one of many themes that he wrote for certain episodes of Mission: Impossible. Lalo Schifrin performed a concert of film music at the Festival du Film Jules Verne Aventures (aka Festival Jules Verne) in Paris, France on April 23, 2007. Festival leaders captured the 73-minute CD “Lalo Schifrin : Le Concert A Paris” perfectly. A Lipton TV commercial featuring a fictionalized account of Lalo Schifrin creating the Mission: Impossible song was aired in many countries in 2010. Blue Scholars, an alternative hip-hop group, recorded the track “Lalo Schifrin”, which was released on their third album Cinemetropolis (2011). From Wikipedia