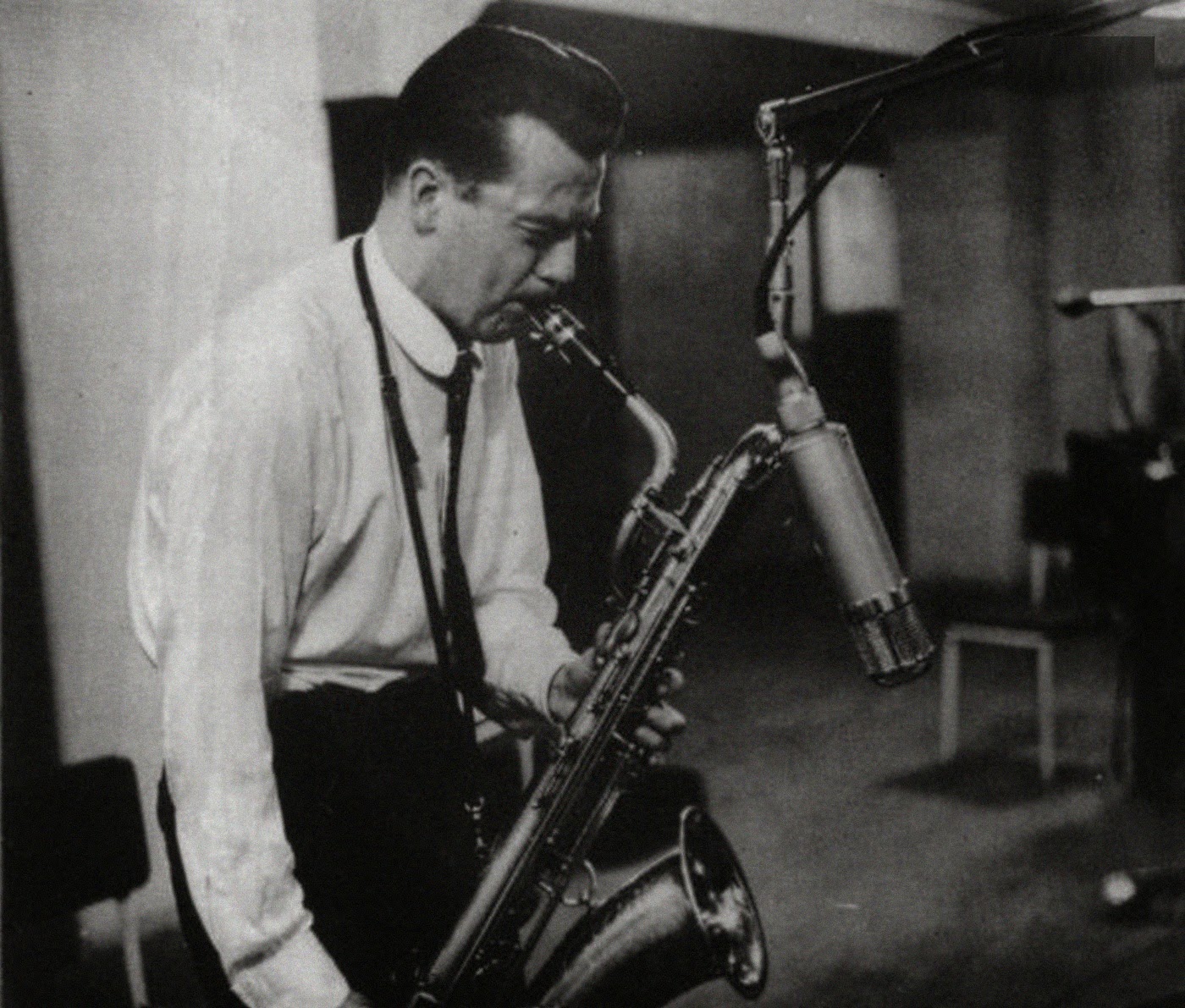 Lars Gullin, one of the most prominent baritone saxophonists in history and a great ambassador for European jazz, would have been better known today if Lars Gullin had visited the U.S. more often and if his drug abuse had not ended his career. He learned the basics of bugle, clarinet and piano early on and became a professional altoist when he turned to baritone at 21. Gullin’s sound is somewhere between Serge Chaloff and Gerry Mulligan. He was part of Arne Domnerus’ sextet (1951-1953), and is most well-known for his small-group recordings. His most well-known composition, “Danny’s Dream”, was recorded with Lee Konitz, Clifford Brown and Zoot Sims. Gullin recorded some tracks during 1964-1965 but only one session was made in 1973. He did not achieve his immense potential despite many achievements in the 1950s. Gullin’s best work can be heard on five Dragon CDs, which were released under the title The Great Lars Gullin Vols. 1-5.