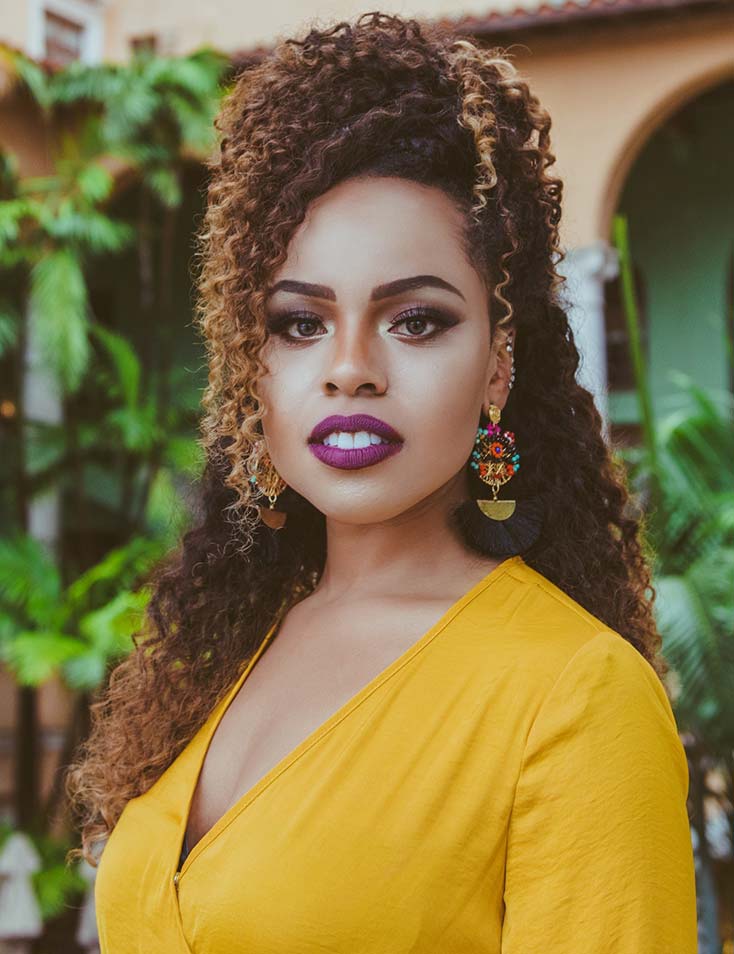 Lauren Henderson is a jazz and Latin jazz vocalist. Henderson, a Massachusetts-based recording artist and composer, is known for her original music that features themes from the Caribbean and Latin Heritage. Lauren is a performer of standards and original music. She currently resides in New York and Miami. She has performed at Birdland and Joe’s Pub as well as Casa del Jazz (Italia), Regattabar and other national and international venues. Henderson has toured in the United States, Germany and Russia as well as Spain, Mexico, Italy, Spain and Mexico. Bette Gordon directed The Drowning and featured her original music. It starred Julia Stiles (starring Avan Jogia), Josh Charles, Tracie Thoms, and a stellar cast. Lauren has a wide range of vocal influences that span many genres. Lauren’s Afro-Latin influences help her to create a distinctive yet versatile sound. Lauren’s musical roots are rooted in jazz. She has been influenced and influenced by Shirley Horn, Nancy Wilson and Chris Connor. Lauren Henderson, founder and CEO of Brontosaurus Record’s, is currently pursuing an MBA at Brown University. Lauren Henderson, who earned her college degrees in Music and Hispanic Studies at Wheaton College (MA), continues to love music and culture. She studied traditional Mexican music in Puebla and popular music across Mexico at Benemerita Autonoma De Puebla while living there. She worked hard to improve her musicianship through her voice and international piano studies. She studied flamenco at La Universidad de Cordoba in Espana. Lauren is a passionate nuevo-flamenco fan and enjoys listening to popular music from different countries. She also preserves the traditions of classical forms. Henderson started studying piano early in life. As a child, Henderson sang in school and church choirs and listened to jazz records that her grandparents and parents played in her house. As a young musician, she was hesitant to sing solos. Mentors gave her a gentle push shortly before she went to Wheaton College (MA), to earn her Bachelor of Arts. She discovered her voice at Wheaton and was made the Musical Director of her singing ensemble. Lauren Henderson was her debut album. It was recorded almost immediately after her arrival in New York. Henderson recorded the song with Sullivan Fortner, her musical partner and close friend (piano), Ben Leifer (bass) and Jesse Simpson(drums). It was originally her intention to create a demo in order to help her pursue a career in New York’s competitive jazz scene. The quartet recorded classics by Duke Ellington and HoagyCarmichael as well as Antonio Carlos Jobim and Rogers and Hart. It was shared with musicians and colleagues, and was then reviewed by a variety of publications including JazzTimes, DownBeat Magazine and All About Jazz. It can be downloaded from iTunes, Amazon and CDBaby. At the Barry Harris Workshop, she was able to learn from legendary and influential musicians such as Barry Harris. Lauren was able to perform and study with Grammy-Nominated Vocalist Jane Monheit and Grammy-Nominated Pianist Michael Kanan. A La Madrugada is her most recent album. It features Sullivan Fortner as piano (Impulse – Universal Music Group Artist Roy Hargrove Quintet Winner of the Cole Porter American Pianist Association 2015. Jazz Competition), Ameen Salesem as bass (Steven Colbert Eddie Palmieri, Christian Scott), Jonathan Powell playing trumpet (Eddie Palmieri Afro-Caribbean Quartet, Arturo O’Farrill voted “Best Latin Jazz Trumpeter 2009” by Wynton Marsalis) and Jeremy Bean Clemmons Quartet, member of Soul Understated, Andy Bey’s Quartet and was previously nominated). This recording was featured in numerous publications. It can be downloaded from iTunes, Amazon and CDBaby as well as Spotify. For more than three weeks, A La Madrugada landed in JazzWeek’s Top 100. Under the guidance of Emmy-Winner Mark Ruffin, a Grammy-Nominated Producer, Henderson released ARMAME in March 2018. The album features Terri Lyne, Josh Evans and Godwin Louis. It also features Sullivan Fortner’s, Eric Wheeler and Nick Tannura. from www.laurenhendersonmusic.com