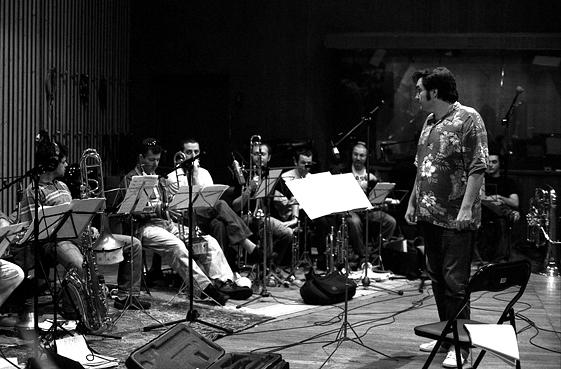 Imagine a large band, like the one Glenn Miller used to lead. Imagine that band performing original songs they have composed for various films. These films have evocative titles such as Plurabella Strikes Again and Virus From Outer Space. These films don’t actually exist. They may exist, but they are only in the fertile thoughts of Fred Pallem, composer, bassist, and bandleader. This collection of music is the result of his band Le Sacre du Tympan. Pallem and his group should be more well-known across the Atlantic. http://www.musoscribe.com