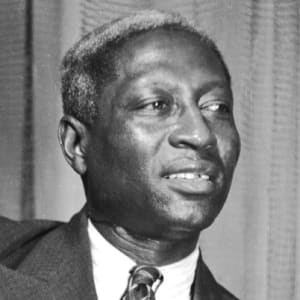 Lead Belly was a folk-blues musician, songwriter, and guitarist. His ability to perform a wide variety of songs and his notoriously violent lifestyle made him a legend. In the late 1880s, Lead Belly, a well-known musician, was born in Mooringsport (Lawrence). Lead Belly was convicted of murder in Texas in 1918. He was believed to have been released in 1925 after singing a song for Texas governor. Lead Belly was again imprisoned for attempted murder in 1930. He was “discovered” there by Alan Lomax and John Lomax, folklorists who were collecting songs to be used in the Library of Congress. He published 48 songs in the following years. Huddie Ledbetter (or “Lead Belly”) was born in the late 1800s in a rural setting in northwest Louisiana. From the age of 13 he attended Texas school and played in a school band. He then began to work on the land with his father. As a child, he began to learn how to play various musical instruments. He then specialized in the guitar and performed at local dances as a teenager. He moved across the Deep South at 16 and settled in Shreveport for two years. There he worked as a musician. Ledbetter, who was now living in Dallas, met Blind Lemon Jefferson, a talented street musician, around 1912. The pair started playing together. Ledbetter began to concentrate on the 12-string guitar, which would be his signature instrument. Ledbetter was charged with murder in December 1917 and found guilty. It is here that he was given the nickname Lead Belly. Only a few years into his 20-year sentence, Lead Belly sang a song for Pat Neff in which he requested a pardon. One year later, Neff pardoned Lead Belly. He was now free. Five years later, Lead Belly was convicted of stabbing and sentenced to another term for “assault with the intent to kill” charges. He was able to request early release due to budget issues. The sitting governor approved his application in 1934. He also sang to the governor a song pleading for his release. Lead Belly eventually settled in New York, where he tried to become a professional musician. It worked, to an extent. Lead Belly’s music was accepted by the fervent left-wing and Lead Belly began to rub elbows with Woody Guthrie, Pete Seeger, and other musicians. Lead Belly was convicted of stabbing a man in New York in March 1939 and sentenced to an eight-month term. Lead Belly was released and appeared on “Folk Music of America”, and “Back Where I Come From”, radio programs. He also had his own weekly radio show. Before moving to the West Coast, he also recorded The Midnight Special (and Other Southern Prison Songs) before moving to Los Angeles a few years later. He signed with Capitol Records while in Los Angeles and began serious recording. Despite his success, he began to have health problems. In 1949, he was diagnosed as having amyotrophic lateral sclerosis, also known as Lou Gehrig’s disease. After his diagnosis, he did a few tours, but in December, ALS took him out of the game and he passed away at the age of 61. His most well-known songs include “Goodnight Irene”, “Rock Island Line,” and “Cotton Fields”. He was inducted into Rock and Roll Hall of Fame 1988.