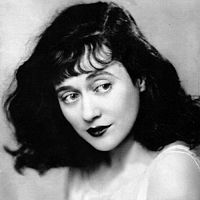 Lee Morse, a torch song singer who was known for her versatility, couldn’t achieve the fame and fortune that her talent promised. Born Lena Taylor, Morse was raised in Kooskia (Idaho) in a musical family. After having a child and marrying, she moved to the west coast for vaudeville, where she signed with Will King. Kolb introduced her to musical revues a year later.