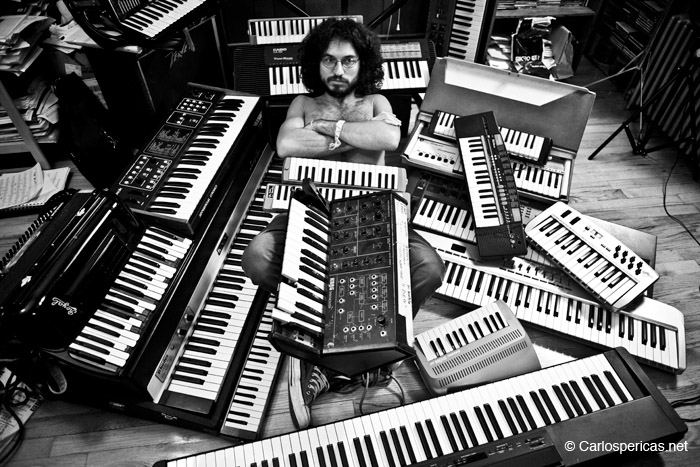 Leo Genovese was a child of the psychedelic sounds and language of his time, born in Venado Tuerto in Argentina. After studying contemporary and classical music in Argentina, Genovesee moved to Boston to pursue jazz. He is currently the leader of The Chromatic Gauchos which is an avant-garde band. He also co-founded The Sewer Ratz which pursues non-playing music. Leo is now touring with Esperanza Spalding’s band. Leo has been a long-time cohort of Esperanza Spalding and has taken him around the world, playing at every venue, including Carnegie Hall. Leo loves to bake bread, make amateur films, and own cassettes. from http://www.esperanzaspalding.com