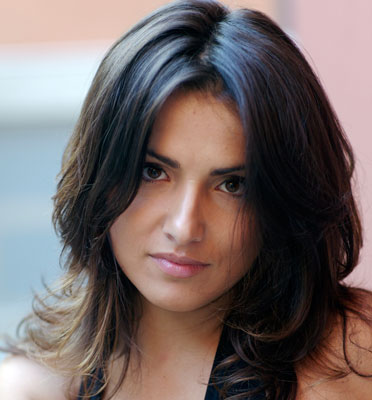 Letizia was born in Naples, South Italy. She grew up in an artistic home. There have been opera singers, musicians and actors. Her mother was a singer and her uncle is an Opera Tenore. Her father is also an artist and a Jazz lover. Her brother Gianpaolo is a respected and talented actor, anchorman and actor. They were a big family of Italians, performing together on all occasions and holidays, singing the Neapolitan-Italian traditional repertoire, dancing and acting, and turning what would normally be a family gathering into extraordinary theatre shows that had a lot more fun and a professional atmosphere. Letizia discovered her passion for art and talent at an early age. Soon, everyone realized that she wasn’t a normal child. She was a skilled artist and painter, even when she was just four years old. Her family moved from Naples in the north to Como in Italy early on and she experienced a major change in her life. They brought their musical heritage and traditions with them. She learned NOSTALGIA. She had to give up the bright light of the ocean for the shadows of the lake. The south’s warm, passionate people were replaced by a distant, hostile new world. This is why she felt closer to her culture, returning whenever possible to Naples to see it. It was also the reason she wanted to incorporate her culture into all she did. Letizia began her career as a dancer and then went on to study musical theatre in London. When she was only 14, Letizia graduated from art school as an artist and won several painting awards. She began her career as a dancer, teacher, and choreographer at a young age. While continuing her studies in singing and acting, she continued to work. She had to follow her heart, express herself in many ways and find the right path. After attending the acting school Quelli di Grock in Milano, she worked as an actress and, finally, due to her love for music, auditioned for the International Jazz Academy Milano. She was among the 7 people accepted out of 60 applicants. She was offered four years of study and became a singing professor’s assistant in a Master Year. She began singing professionally and started writing her lyrics. Before she met her producer Lenny White, she had experience in theatre and musicals roles like Anita in West Side Story, where she danced, acted in TV shows, and sang with great Italian Jazz musicians. As a lead singer in a Jazz Big Band, as well as in a Gospel Choir, she also taught singing and worked for various projects. She used to listen and enjoy all kinds of music. Lenny White, a legendary drummer and producer, recognized her talent and invested in her. Letizia moved to New York to study, write and record the album with the amazing “all star band”, who were very supportive of her and the project. During Lenny White’s last European Tour, she had already performed at BlueNote in Milan together with his band. They also performed in Rome at the “Casa del Jazz”, and the “Centrale Montemartini Bluenote Festival”, introducing the project, which has always been sold out. Letizia sang “a cappella”, an old Neapolitan song, on the opening ceremony of the TV “Premio Biagio Agnes Media Awards 2011”. Letizia will never know what happens to this album. Her life was transformed and she had the privilege of having some of the best musicians in the world perform on her first album. She is grateful for her life and her maestro Lenny White. bio by www.letiziagambi.com