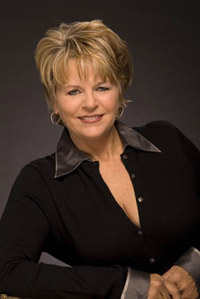 Libby York, a vocalist, makes a promising BluJazz recording debut on her CD “Sunday In New York”. John McDonough, of Downbeat Magazine, has given the recording four stars. He says that Libby York’s voice recalls the “Sunday in New York” post-war Anita O’Day and Chris Connor. In his liner notes for the CD, Neil Tesser, Chicago jazz radio personality, says that “York finds and presents the complex emotional center of a song with disarming simplicity.” Gary Walker, WBGO’s Music Director, remarked that “Sunday in New York, or any other time, anywhere, Libby York’s voice leads outstanding musicians along new paths through jazz evergreens.” York was born in Chicago and raised there. York’s grandfather was a well-known florist in Chicago. She then went to American University in Washington, DC, where she received a degree as a Political Science major. She was one of three founders of Rehoboth Beach’s Back Porch Cafe, Delaware, a seaside destination for Washingtonians. After thirty years, the Cafe remains a fixture along the eastern shore. York spent her ten years in New York City studying with Abby Lincoln, a renowned jazz singer. She says she “taught” her about the soul and truth of a song during those 12 years. Swing Street was her eight-piece band, which performed at concerts throughout New York. She was also featured vocalist. She also worked as a production assistant for Saturday Night Live during her time there. She met Renee Rosnes, a pianist, and began working with her at various clubs, including The Orchid in Eastside. She returned to Chicago in 1994 and started singing in bars there. Blue Gardenia, her debut CD, was released five years later. It received many highly positive reviews and international radio airplay. Jazz Times magazine described York as “A seasoned, languorous vocalist, York breathes emotion into all these numbers.” Jazziz called York, “One the most important women in jazz.” UK Jazz in London stated, “Laid back and cool… a knockout debut recording.” She is now ready to be considered one of the most prominent jazz singers today, as evidenced by “Sunday In New York.” She’s comfortable with a variety of music, including two songs from Sinatra’s canon: “All My Tomorrow’s” (often overlooked) and “In The Wee Small Hours”. Recent appearances include Zanzibar Blue in Philadelphia and The Vic, Los Angeles. York agrees with Rosemary Cloony about being a singer of great songs who works with jazz musicians. York’s greatest assets are her combination of intelligence, knowledge and lyrics and the predominant influence of jazz in her singing. from http://www.libbyyork.com