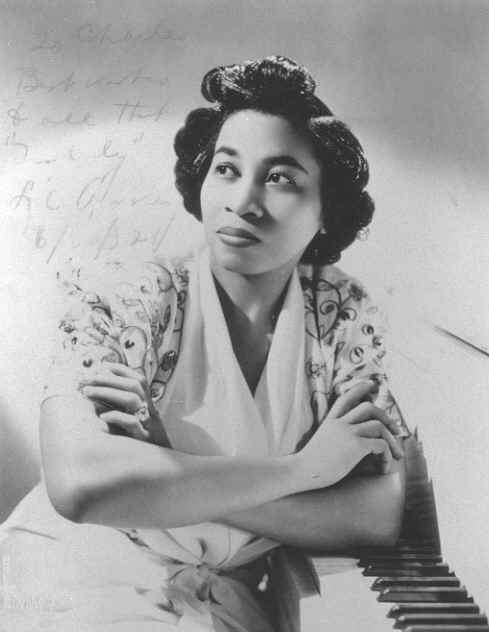 Although Lil Hardin Armstrong is best remembered for her role in Louis Armstrong’s career (persuading King Oliver to quit his band and accept Fletcher Henderson’s offer in New York), and her work with Louis’ Hot Five and Seven, she had a varied career. She began her career in Chicago, where she demonstrated new songs in a music shop. Before joining King Oliver’s Creole Jazz Band, she worked with Sugar Johnny’s Creole Orchestra, then Freddie Keppard’s Original Creole Orchestra. Her rhythmic piano playing helped to keep the ensembles together and she recorded her first album with Oliver in 1923. Louis Armstrong was her bandmate and they were married from 1924-1938. However, their union ended in 1931. She played the piano and sang occasionally on Louis’ Hot Five and Seven recordings. She also composed “Struttin’ with Some Barbecue”. During the second half of the 1930s, she was Decca’s house pianist, recording 26 titles (mostly vocal) between 1936-1940. She recorded only 12 titles between 1945-1947, six songs from 1953-1954, and two selections in 1959. However, Lil Armstrong was active in Chicago for her final 30 years. In 1959, she recorded a talk record on which she reminisced over her time with Louis Armstrong. Ironically, she died from a heart attack playing “St. Louis Blues”, at a tribute concert to Armstrong less than two months after Louis’s death. Allmusic