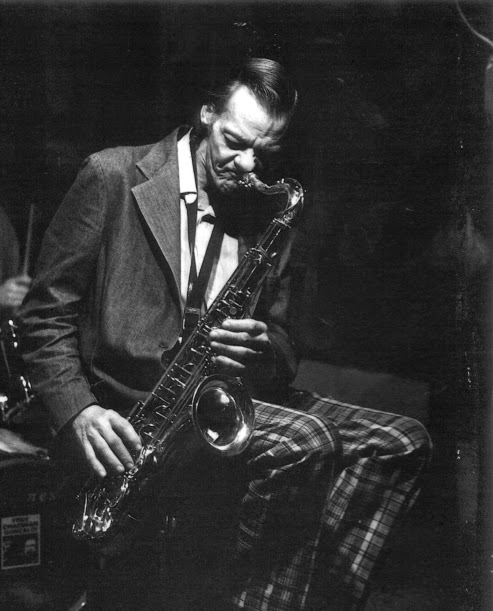 Lin Halliday was 55 years old when his first recording as a leader was entitled Delayed Exposure. Halliday was born in Little Rock, AR and has been a professional musician since high school. Halliday spent some time in Los Angeles playing at sessions with Joe Maini. Halliday lived for a year in Wisconsin before moving to New York in 1958. He was Wayne Shorter’s replacement in the Maynard Ferguson Orchestra the following year. Later, he worked with Louie Bellson, Philly Joe Jones, and many other groups. Halliday moved to Nashville in 1966 after spending more time in Little Rock and Los Angeles. He worked in studios and local clubs until 1978 when he was injured. He returned to Chicago and became a prominent figure in Chicago’s jazz scene in 1980. Lin Halliday is a strong, hard-bop soloist who can play with any person in a jam session. He recorded with Brad Goode in 1988 and has since led three CDs for Delmark. Allmusic