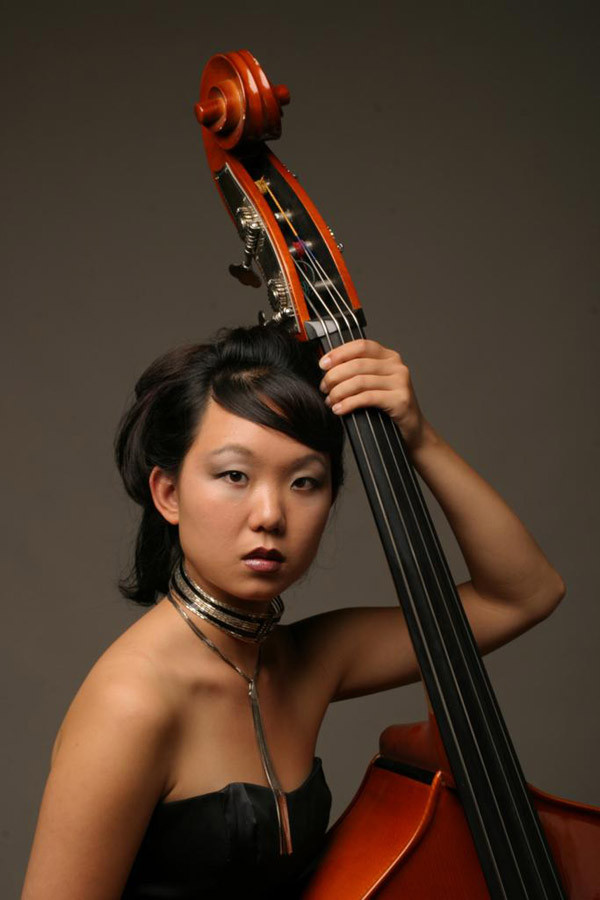 Born to Chinese parents in Malaysia, Linda was raised in Perth, Western Australia. She began classical piano when she was four years old and then took up clarinet and bassoon at the age of eleven. Linda started playing electric bass at age fifteen. She played in jazz bands and the community big-bands. She also enjoyed a lot Red Hot Chili Peppers. She was accepted to the W.A Academy of Performing Arts in 2002 and began lessons on double bass. She graduated from W.A.A.P.A with first-class honours. In 2005, she was awarded the Bob Wyllie Scholarship to the best graduating recitalist. She was also awarded the ASCAP Young Jazz Composers Award 2008. She composes for film and is a participant in the BMI Film Composing Workshop 2010. Linda was an honorary mention in the 2009 Thelonious Monk Semi Finals. She also received the 2010 Bell Award as Young Australian Jazz Artist. She was 2nd in the BASS2010 competition, Berlin. Linda is now a New-York City resident after she completed her Masters at Manhattan School of Music. She teaches bass in the precollege division. She has performed with Kenny Barron and Dave Douglas, Cyrus Chestnut, Kevin Hayes, Kevin Hayes, Kenny Barron and Kenny Barron. Her debut album Entry, featuring Ambrose Akinmusire (trumpet) and Obed Calvaire (drums), received a positive reception. Her second album, Initial Here, was released on Dave Douglas’ Greenleaf Music Label May 22nd 2012. It features Dayna Stephens (tenor Sax), Fabian Almazan(piano), Rudy Royston and Jen Shyu (vocals). A jazz quartet featuring the string quartet concept “Concert in the Dark”, where musicians perform with specific movements in the audience using very low lighting, to enhance the listening experience. Linda also has a Jazz Gallery Commission which will be performed in 2012. from http://lindaohmusic.com