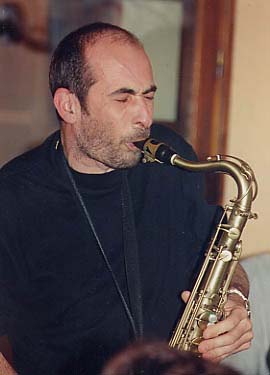 French Jazz Saxophonist, brother to Stephane Belmondo. After leading his ensemble for more than a decade, and after several projects, including his trilogy Hymne au Soleil (the title of his debut album, in 2004), 2005’s Influence, which was awarded the Victoires de Jazz 2006 best French album award; and 2011’s Clairieres dans le Ciel, in which he performed pieces from the European music repertoire. “European Standards” is a clear album by a man who was influenced by his peers and forefathers. It sheds light on the complexity of these pieces, uncovers links between generations, and makes sense of it all. from http://www.french-music.org