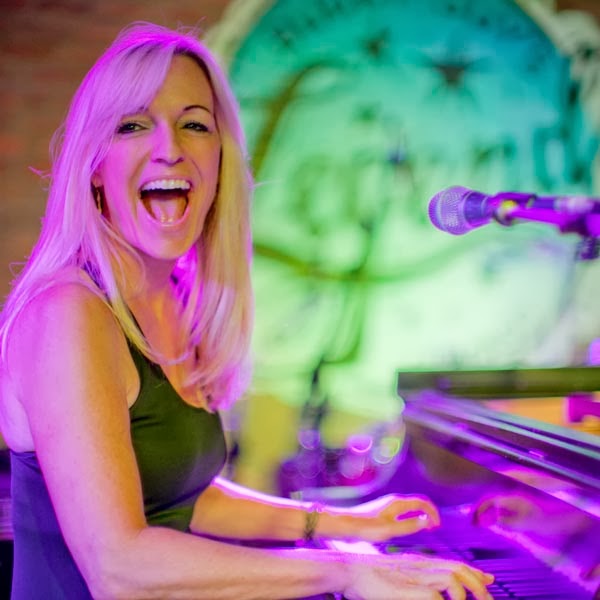 One of the most distinctive and instantly recognizable composers and pianists in jazz today, Lisa Hilton has honed her evocative, individualistic and impressionistic “sound paintings” for over a decade as a leader. Like Dave Brubeck and Bill Evans, her imagistic compositions draw as deeply on the classical tradition and the avant-garde as much as they look back to jazz greats like Thelonious Monk and Duke Ellington. A lifelong passion for music and art informs this California native’s sonic tableaux. Hilton’s approach is nuanced, and expressive, her compositional style thorough and painterly, her touch on the keyboard alternately tender, brooding and resonantly emotive, yet methodically cerebral. Over the course of her creative career, the “Lioness of Jazz” has played with many of this era’s jazz luminaries, notably Christian McBride, Steve Wilson, Jeremy Pelt, Lewis Nash and Bobby Militello of the Dave Brubeck Quartet. Hilton has released a total of fourteen albums, (over 170 iTunes tracks), including two recordings with her acclaimed quartet comprising perennial Downbeat Rising Star tenor saxophonist JD Allen, the standout bassist Larry Grenadier and inventive drummer Nasheet Waits. A leading advocate for 21st century composition, Hilton notes, “I’ve only seen the New York that inspired Gershwin in movies. Jazz composers must create a body of work that represents the sound and energy of our lives today”. Hilton’s post bop style influences extend beyond jazz legends to include bluesman Muddy Waters, minimalists like Steve Reich, current rockers Green Day and modernists Prokofiev, Stravinsky and Bartok. Known for her warmth and leadership on the stage, Hilton has played major jazz venues coast to coast, both as a solo pianist and with her band, and been heard on hundreds of radio stations around the world – including syndicated programs like NPR’s popular Morning Edition. Committed to helping students of all abilities, Hilton has led master classes, with a special commitment to helping young, blind musicians at the historic Perkins School for the Blind in Boston, The Chicago Lighthouse for People Who are Blind or Visually Impaired, The Junior Blind of America in Los Angeles and helped with The Berklee College of Music in Boston and their adaptive music lab for visually impaired musicians. Radio: Hilton’s music is played on hundreds of radio stations in the U.S., Canada and around the world, and has been featured prominently on shows like NPR’s Morning Edition, various airlines and XM. Broadly appealing to all ages, Hilton’s albums appeared on many radio charts such as JazzWeek, CMJ, and Earshot Jazz/Canada. Television: Hilton has been featured on CBS/Boston and WGN/Chicago. Written Word: A published author, Lisa Hilton has also written for Jazz Times and Jazziz magazine. She is currently working on a book about musicianship, and appears in the Random House book, “The New Face of Jazz”, by Cicily Janus. She has had a music blog on her website since 2001. Favorite jazz pianists: Brad Mehldau, John Escreet, Dan Tepfer, Marc Cary, Matthew Shipp, McCoy Tyner, Timothy Andres Musical influences: Miles Davis, Thelonious Monk Pianos: “American Impressions”, “Underground,” “Nuance”, “The New York Sessions,” and “Twilight & Blues,” were recorded on a Hamburg Steinway provided by Steinway & Sons, NY at Avatar Studios. “Sunny Day Theory,” “Midnight In Manhattan,” and were recorded on a Hamburg Steinway provided by Fields Pianos, Los Angeles. Hilton’s practice piano is a Steinway B. from http://lisahiltonmusic.com/