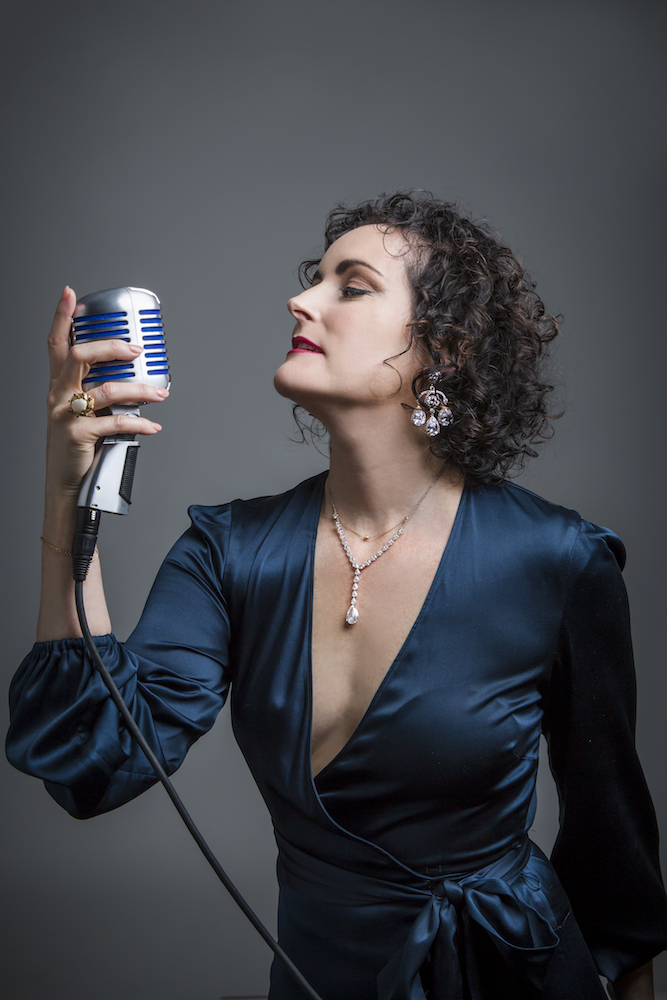 Lizzie Thomas is a singer and musician who has established herself as a popular performer in NYC. She is a talented, swinging vocalist with an impressive stage presence. Her audience is captivated by her rare ability to sing at lightning speeds, with melodic freedom. Her phrasing is fluid and natural, and she swings effortlessly. Her performances and recordings with Jay Leonhart, Jay Leonhart and Xavier Davis have earned her high praise, as has Frank Lacy, Frank Lacy and Pasquale Grasso. “I love the fact that I can name a tune for the rest of the life. I will never sing it in the same way again. That’s freedom. That’s provocative. That’s jazz. Lizzie Thomas began studying classical piano when she was 8, clarinet when she was 10, and her voice was discovered at age 12. She graduated from Belmont University in Nashville, TN with a Vocal Performance BA degree. There she also studied with Sandra Dudley. She holds a Music Education degree and certification in early childhood musical. She worked in Nashville with various alternative bands, developing her jazz voice and presence. She recalls that she fell in love with jazz’s improvisational spirit and the emotions it evokes. When I heard Billie Holiday’s voice, I listened to her for one year. Her delivery was full of musical heartache that captivated me. Billie taught me to sing only the truth to my heart. Ms Thomas has released four albums and each one independently. Easy To Love (2013), More Than You Know (2010) and Santa Baby (2012) are her most well-known albums. The new album, New Sounds From the Jazz Age, was released in January 2020. It has received high praise. Ms. Thomas regularly performs in NYC at jazz clubs and restaurants, private parties, corporate events, and hotels. She has been a resident musician at 90 Thompson St, Soho, NYC for ten years. From www.lizziethomas.net