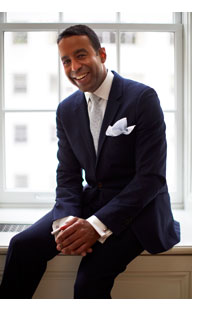 Meet Loston Harris. His piano playing is described as “percussive” and “incredibly fluid”. His vocals are described as “suave.” Loston will admit that he worked hard throughout his career, but that he knows he was blessed with the opportunity to play jazz. Loston has been performing at “home” for more than a decade, sharing his passion for timeless music. The legendary Bemelmans Bar, located in Manhattan’s storied Upper East Side in The Carlyle, has a rich history of hosting jazz and cabaret legends such as Bobby Short, Eartha kitt, Elaine Stritch and John Pizzarelli. Loston’s musical journey began at an incredible pace. Harry Connick Jr. met Loston at the 1st Thelonious Monk Jazz Competition, Washington, D.C., and encouraged him to study with Ellis Marsalis, his mentor, who encouraged him switch from drums to piano. The rest is history, as they say. Loston continues to build on this legacy by mixing traditional jazz, gospel, and blues with his own distinctive stylings. Stevie Wonder and Carole King were among his early musical influences.