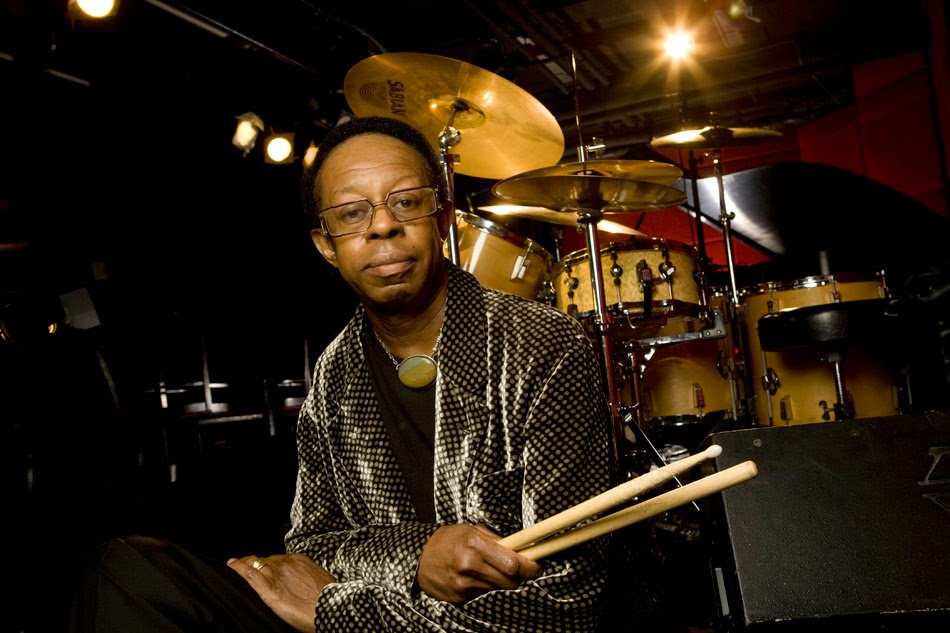 Louis Sedell Hayes was a Detroit, Michigan native. He was born May 31, 1937. His father bought him a set drums when he was 10. He had already started playing the piano at age 10 and was always around music. He was noticed by a cousin who took him under his wing, and helped him to learn the art of drumming. It worked, because Louis was 18 when he joined the Horace Silver Quintet in New York. He had developed his skills in Detroit’s musical terrain in the 1950s with Kenny Burrell and Yusef Lateef. Six Pieces Of Silver, his first recording with Horace would be his debut. This was to make him a recognized force in jazz. Louis maintained his goodwill with Horace between 1956 and 1959, when he joined Cannonball-Adderley. There, he led the quintet into joyous musical heights. They also recorded timeless recordings through 1965. From 1965 to 1967, he was with Oscar Peterson, pianist. During this time, he and Sam Jones were known as the “dynamic tandem”, the most influential rhythm duo in jazz. Louis would spend a year with Oscar in 1971. He became the leader or co-leader for a number of electrifying bands that included Kenny Barron and Junior Cooke, Woody Shaw, Dexter Gordon, Woody Shaw, Woody Shaw, and Kenny Barron over the next ten years. Louis spent many years touring with McCoy Tyner. from http://www.louishayes.net