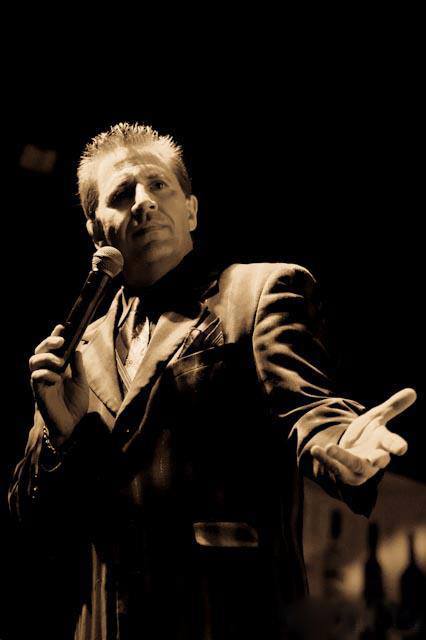 Louis Prima, Jr. was born June 16, 1965. He is an entertainer, singer, songwriter, musician, and songwriter based in Las Vegas. Louis Prima Jr. was born four days before Father’s Day 1965. He is the youngest and only child of entertainer and musician Louis Prima. Gia Maione, his mother, and Louis Sr.’s widow were the first to perform with him in 1962. Louis’ mother taught him how to play the drums when he was five years old. His father took him to the Sands Hotel in Las Vegas at the age of five, and Sam Butera shouted the familiar words “And now, the man who plays pretty to the people… Louis Prima!” Louis Jr. walked onto the stage, holding his trumpet. Louis Jr. and his sister Lena entertained the crowd later that night with a “Prima-ized”, rousing rendition of “Joy to the World” by Three Dog Night. This was not his first time on stage as a “trick” to the audience, and it would not be his last. Louis Jr. and Lena performed many songs over the years including Loggins and Messina’s ‘Your Mama Don’t Dance and Your Daddy Don’t Rock and Roll’ and “On Top of Spaghetti.” Jr. grew-up in Las Vegas on his father’s golf course, ‘Fairway To the Stars’. He also spent two weeks each summer at his grandparents’ home in Toms River. Tom Maione, Jr.’s grandfather, was the owner of the Red Top Bar at Seaside Heights. In the early 1970s, Vegas was changing rapidly and Sr. moved his family to New Orleans. Louis Jr. learned how to play the piano there. Louis Jr. learned piano from his aunt, Louis Sr.’s sister Sister Mary Ann. After moving into the house that Sr. had built for his mother, the family realized the house would need to be demolished due to termite infestation. The family quickly moved back to Las Vegas. Jr. and his family returned to Las Vegas shortly after the death of his father in August 1978. He chose band as an elective when he enrolled in junior high school. His mother told him that he wanted to play the trumpet. He played through high school and credits his band directors, William McMosley and Bruce Cullings as important influences. High school bands were among the best in the country and won top honors at every competition. They marched in both the Fiesta Bowl (and the Sun Bowl) of the Chaffey Jazz Festival’s Heavy Division. Prima graduated from high school and entered college to pursue a career in business. Prima quickly found a job with what he considered a promising future and left College after just one semester. He found a strong band and was soon renamed Problem Child. Problem Child was a top-drawer in Vegas and also set attendance records at several Hollywood venues. They have opened for many national acts, from Savatage to melodic Winger. Problem Child was disbanded in 1995 and Louis turned his attention to his father’s music and style. Louis enlisted the help of his sister Lena who had long since left the Rock Game and was a Las Vegas performer. Bruce Zarka, Jr., the keyboard player, helped to form a band that included some of the most prominent musicians in Vegas. Jr. left music and began a career as a food and beverage manager. He had a family and continued his life. He performed only with close friends. Jacob and Anthony are my two most wonderful children. They are my true love and make me happy. Prima has had to juggle the demands of a full time job, a part-time career in music, and raising his children. Prima, 44 years old, quit his shirt-and tie job in 2010 Prima, a father of two and a divorcée, decided to pursue a full-time job bringing his father’s music to new generations at a time when many musicians are retiring from the stage. Prima said that he was good at managing, but that wasn’t what he was supposed to do. One of the highlights of their musical journey, and a proud moment in Jr.’s life, came shortly after their performance at New Orleans Jazz and Heritage Festival (aka Jazz Fest). Louis Sr. would turn 100 on July 25, 2010. His father was honored with a star on the Hollywood Walk of Fame posthumously by Spiegel, Prima Jr. and The Witnesses. Prima Jr. accepted his father’s star and Prima Jr. and his group “shook the streets” in a rousing tribute to their father. This had thousands of people and paparazzi dancing on the street, making Hollywood and Vine Mardi Gras. Louis Prima Jr. and the Witnesses released RETURN OF The WILDEST, their debut recording, on July 10, 2012 to rave reviews via Warrior Records/Universal Music Distribution. This debut album combines the energy and punch of his rock band heritage with his dad’s classic (and less well-known) material. It is a strong release. Return of the Wildest! captures the attention of listeners with a captivating mix of enthusiasm and control. His son, Prima Sr., has revived his legacy by reimagining his music. This is just 34 years after his death. You will want to jump, jive and wail. The band made their national television debut on Access Hollywood Live in 2012, while touring to support RETURN of THE WILDEST. Kit Hoover and Billy Bush had so much fun dancing with the band, they were asked to be back for the hit TV show’s Christmas special. Henry Winkler joined in the chaos by jumping out of the chair. Their world tour continued into October 2013, with a performance at the BottleRock Napa Valley festival. They shared the bill with Black Keys, Zac brown Band, Kings of Leon, Macklemore and others. Prima Jr. is currently promoting their second album from Warrior Records/Universal Music Distribution, titled BLOW. The band recorded the album at Capitol Records, the same studio his mother and father recorded. The band continued to move the music forward like his father, recording original material as well as some surprises. This was released June 10, 2014.