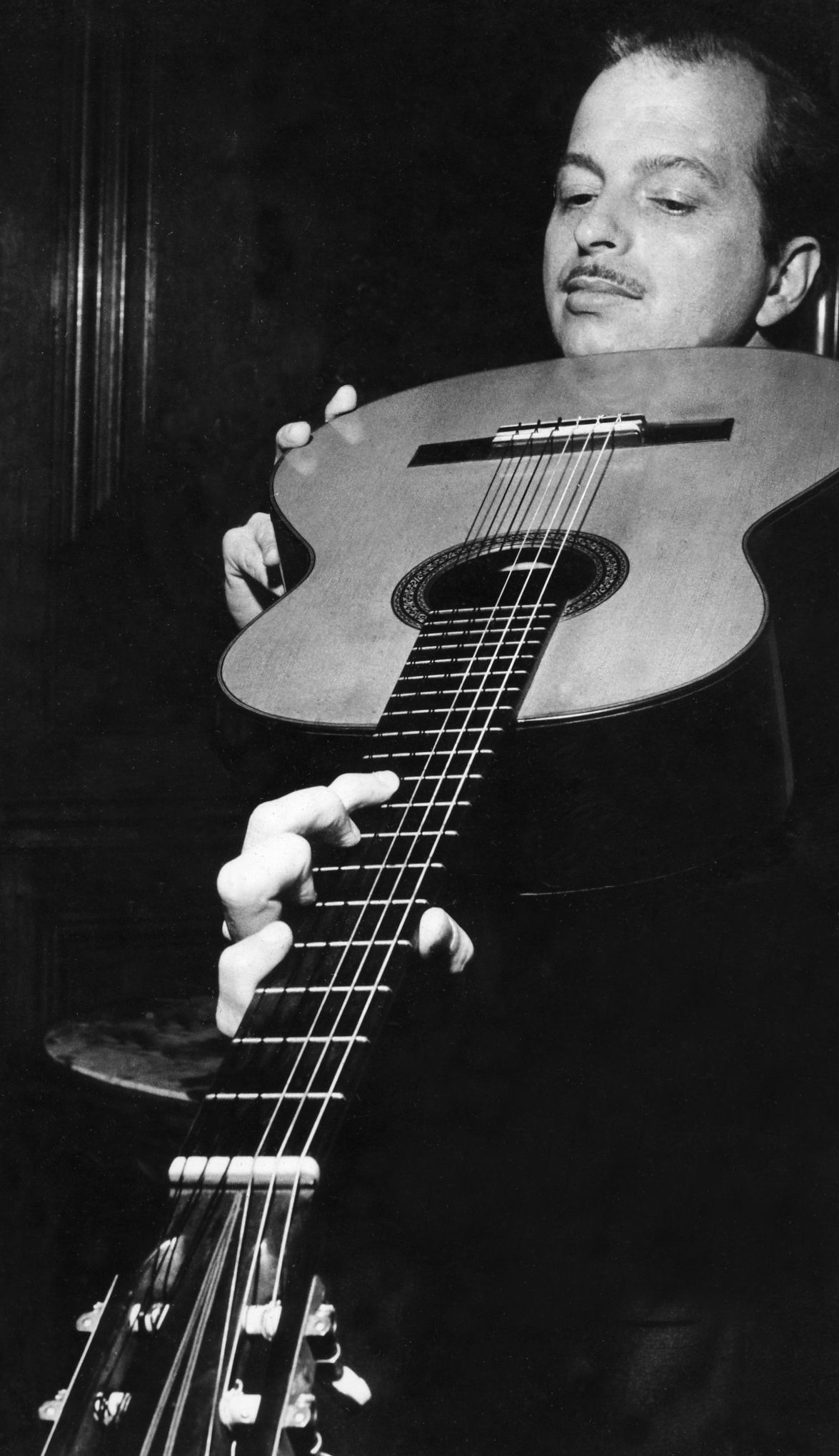 Luiz Bonfa (1922 – 2001) was a Brazilian composer and guitarist, best known for his compositions for Black Orpheus. Bonfa was a performer and composer who embodied the bold, lyrical and lushly orchestrated samba-cancao style. This style predated Joao Gilberto’s more sophisticated and controlled bossa nova style. His compositions from Black Orpheus’ soundtrack are his most significant legacy, including the iconic bossa nova song ‘Manha da Carnaval’. Bonfa’s vast discography is a testament to his unique mastery of Brazilian Jazz Guitar. Bonfa’s style of guitar was more brassy and penetrating that Joao Gilberto’s major contemporary. Gilberto is a much more sophisticated rhythm guitarist who plays almost exclusively his own unique, complex brand of guitar. Bonfa was a solo guitarist who often used a polyphonic sound, harmonizing melody lines and playing rhythm parts at the same time. Bonfa was both a composer as well as a guitarist and played an important role in the fusion of the samba-cancao style and the new bossa nova style. Text contributed by users is available under Creative Commons By–SA License. It may also be available under GNU FDL.