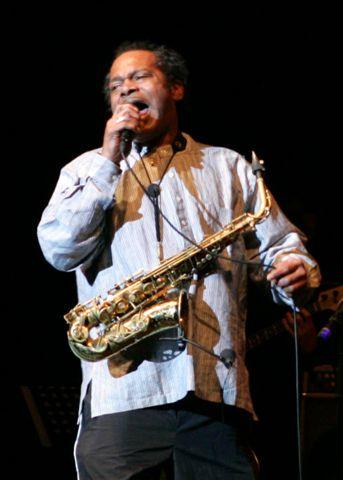 Luther Thomas was an alto saxophonist and multi-instrumentalist from St. Louis. His free jazz playing and drawing is well-known. He was involved in the Black Artists Group from the 1960s. He also played in Charles Bobo Shaw’s Human Arts Ensemble in 1970s and was the leader of Dizzazz in 1980s. He also played the saxophone in James Chance’s Contortions. Two sessions Thomas led by him in the 1970s have been reissued on CD as part of Atavistic Records’ Unheard Music Series. These sessions are called Funky Donkey or Banana. Luther Thomas was born June 23, 1950 and died September 8, 2009.