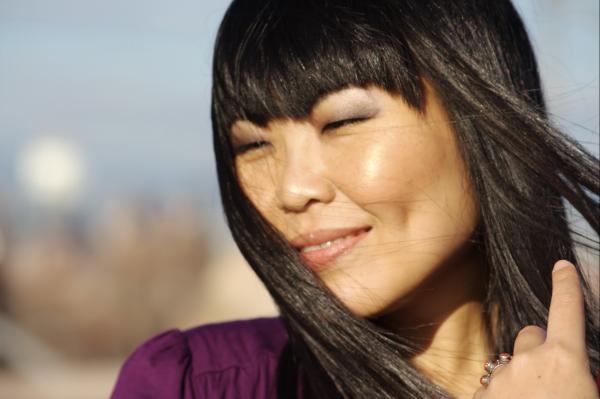 This true story spans three generations. A grandfather and his granddaughter never met, but they shared a surprisingly similar life in music. The grandfather was a jazz musician during the 1930s and left his home to seek a career in music in Japan. Fast forward to 2002 and Liu’s granddaughter, a skilled singer, quit her successful career in Taiwan to pursue her passion for Jazz in New York City. All began with Chin Chang Liu. Liu was born in Chiayi (Taiwan) in 1911 during the Japanese occupation. While attending high school, he learned to play the clarinet, saxophone and violin. He went to Japan in 1935 to continue his music studies, but returned to Taiwan five year later to marry the woman who would soon be following him to Japan. His wife, a year later, returned to Taiwan to have their first child. Liu returned to Taiwan for a brief visit, but he left Japan soon afterwards. Liu and his family were separated by the outbreak of World War II for 17 years. He saw his family only in 1958. Liu, 53, died in Japan without any family or friends. Macy Chen, the granddaughter was born in Nantou (Taiwan). When she was a little girl, her mother taught her how piano is played. With a Bachelor of Arts degree from Soochow University, Macy was able to pursue her dream. Macy discovered that classical music was not her passion after she graduated from Soochow University with a B.A. in Music. Macy decided to use her talent and passion for singing to work with pop music. Her versatility and increasing popularity in the music business led to her debut solo album, “Women”, in 1996. Macy was a sought-after vocal coach, singer in chorus, and music producer for many well-known Asian pop artists. After much reflection, Macy decided to leave Taiwan for New York in 2002 to pursue her true love, jazz. Their lives had never been in touch. Macy only knew her grandfather by looking at photos of him playing the saxophone. He seemed so vibrant and young. Macy wondered often about her grandfather’s decision not to have everything in order to make music. Macy moved to New York forty years after her grandfather died to pursue her dream of becoming a jazz musician. She was able immerse herself into the spirit of jazz and achieved a higher level in musical achievement. Her passion and unwavering persistence resulted in the success of her first jazz album. She wanted to learn more about the man who made a similar journey to hers. Macy went to Taiwan to search for the records her grandfather had left behind. Macy found among the music scores he left behind, a handwritten manuscript of “Harlem Nocturne”, Liu’s composition for his band. Macy had remixed “Harlem Nocturne”, “Caravan” and “Harlem Fanatsia” before Macy discovered them. In pursuit of his love for jazz, Liu, then 24, left Taiwan in 1935. He died in his home alone, after which he was buried in another country. His granddaughter Macy, 75 years later, completed her first jazz album. She fulfilled her grandfather’s dream. The grandfather and his granddaughter are connected through jazz music. They have been singing and creating beautiful music for generations. http://www.macychen.com