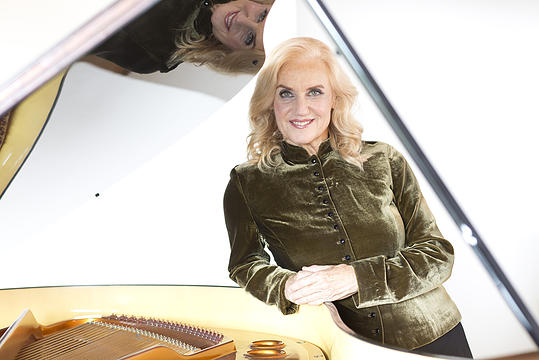 Maggie, the 9th child of 12 children, was born in Muskegon, Mi. to Martha and Ed Herron. Her parents owned a grocery shop. Everyone in the family worked in shifts at the grocery store, stocking shelves and cleaning out the shop. While Maggie was absorbed in classical music, Maggie spent her time practicing musical instruments and listening to Sinatra and pop music from the 50’s and 60s. Maggie’s mother, Mary, and her older sister, Maggie, were mentors to her in music studies that began at 6 years of age with private lessons. Maggie became a full-time church organist after she won the competition to perform Beethoven’s 2nd Piano Concerto with the Muskegon Symphony Orchestra. She also received a scholarship to Interlochen’s summer music program. Maggie was among the five finalists for the piano concerto competition. She was a young lady and had many engagements in Seattle, including at The Sorrento Hotel, The Camlin Hotel, and University Towers. Maggie was married in the middle of the 1970s, had 2 children and supported her family with steady gigs. She won the Hawaii Homegrown contest in the best song and performance and opened concerts for Richie Havens and Taj Mahal. Maggie moved to California in 1987 and was an active song writer and recording artist there for three years. She was also the president of Santa Barbara Song Writers Guild. She was a lover and advocate of quiet places and nature. In 1990, she returned to Hawaii and accepted a gig on Lanai. For 12 years she was the principal musician at Manele Bay Hotel. She hosted “Radio Maggie”, a radio station in Hawaii that featured jazz music and commentary. Her current home is located near Pahoa, directly below the path for the advancing volcanic flow. Every Wed.-Sat Maggie performs at the Lewers Lounge in Waikiki. nights. from from http://supergeeks-hilo.wix.com/maggieherron