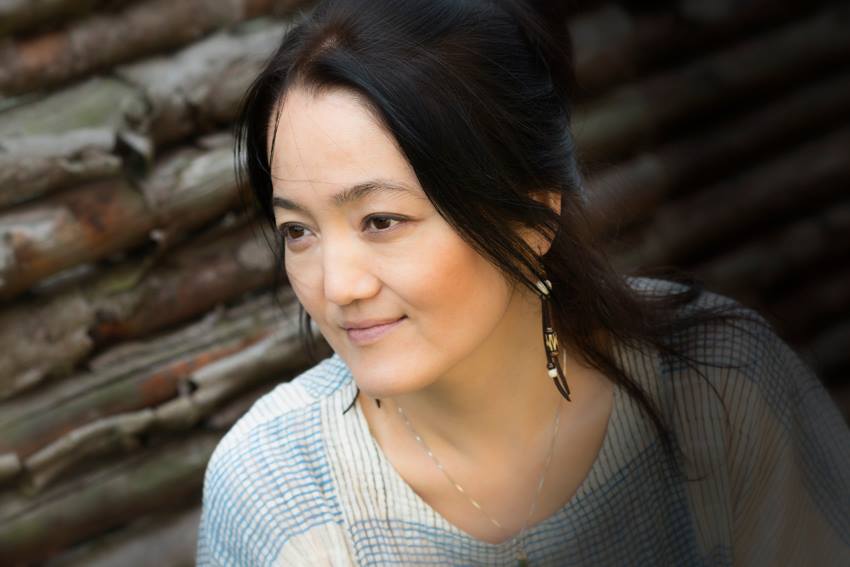 Since the release of her trio album “Makiko” (Enja 2006), Makiko Hirabayashi has received critical acclaim both in Europe where she resides, and in her home country, Japan. The freshness of both her compositions and the trio’s vibrant interplay has caught the ears of many listeners around the world. The trio, featuring drummer/percussionist Marilyn Mazur (Miles Davis Group 85-89, Jan Garbarek Group 91-05) and bassist Klavs Hovman has been her main focus in the recent years, where she established her unique voice through performances at international jazz festivals and venues around the world. Their second album “Hide And Seek” (Enja 2009) received Jazz Audio Disk Award and Jazz Melody Award for its title tune in Jazz Critique Magazine, Japan. In 2008, a quintet album was released with the title, “Grey To Blue” where she collaborated with the French flutist, Mariane Bitran. This featured the dynamic American tenor saxophonist, Bob Rockwell and highlighted some energizing, powerful playing with a global sound. 2011 saw the release of “Binocular”, recorded at the legendary Rainbow Studio in Oslo, with trumpet player, Flemming Agerskov and guest musician, Francesco Cali on accordion. This unusual setting of instruments allowed the band to explore new territories in forms of music. Makiko Hirabayashi was born in Tokyo, Japan where she started playing classical music on the piano at the age of 4. Spending 5 years of her childhood in Hong Kong – a cultural melting point at the time, has had a lasting impact on her life. At age 20, she won a scholarship to Berklee College of Music in Boston, where she studied for 3 years, absorbing the language of jazz. Since 1990, she has been based in Copenhagen, Denmark, collaborating with numerous musicians both on the jazz scene and the world music scene. Her multicultural background and musical diversity is reflected in her music. Elements of jazz, classical music, Far Eastern music and Nordic sound are all molded uncontrivedly into an intriguing, compelling sound of her own. Awards/Grants 2010 Jazz Audio Disk Award -Best Instrumental Album 2009 for “Hide And Seek” Jazz Melody Award 2009 for title track, “Hide And Seek” (Jazz Critique Magazine, Japan) 2007-2013 Danish Arts Foundation’s grant for artistic work 1995 Best Arrangement Prize, Public Prize and 3rd Prize with Sisters at Europ’ Jazz Contest, Bruxelles from http://makiko.dk