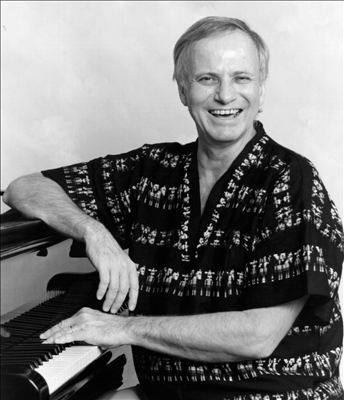 Manfredo Fest was a well-known and respected figure among Brazil’s bossa Nova pioneers. His popularity and reputation soared dramatically during the 1990s. Fest was legally blind from birth. His greatest influence was George Shearing. However, he created his own style and approach, releasing endless streams of bop-flavored music against a Brazilian beat, sometimes letting his classical roots shine. Fest’s father was an immigrant from Germany and was a concert pianist who headed the University of Porto Alegre’s music department. As a child, Fest learned classical piano and Braille music. However, after graduating from University of Rio Grande do Sul he began to enjoy jazz and samba. He was part of the group of Brazilian musicians who developed bossa nova in the late ’50s and made several trio recordings in this vein between 1961 and 1966. In 1967, Fest emigrated to Minneapolis and was instrumental in the development of Bossa Rio’s keyboard and arrangement. He also toured with Sergio Mendes. Fest was already playing on the Playboy Club circuit in Chicago in 1973. He settled in Palm Harbor, FL in 1988. After recording on a few independent labels in the United States, Fest made his breakthrough when he signed with Concord Picante in early ’90s. He produced a series small-group, energetic, Brazilian-flavored, and bop-grounded albums. He died in October 1999 while awaiting a liver transplant.