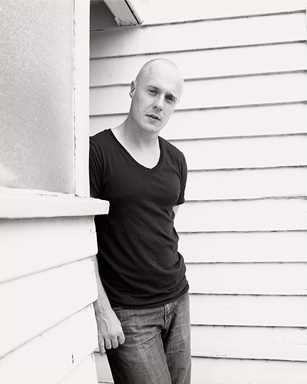 Marc moved to Melbourne after completing his Bachelor of Music (Jazz), Graduate Diploma in Performance, and Bachelor of Music (Jazz), with the assistance of the Michael Foster scholarship. He was also supervised by Colin Forbes, Matt McMahon and Miroslav Bukovsky at the Australian National University. Marc is currently enrolled at the University of Melbourne to study for a Masters of Music Performance. He has been awarded an Australian Postgraduate Award. Marc was influenced by many Australian musicians, including Allan Browne and Eugene Ball, Ronny Ferella, Andrea Keller, Donna Coleman, Allan Browne, Allan Browne, Allan Browne, Allan Browne, Allan Browne, Ronny Ferrella, Andrea Keller, and Ronny Ferella. He was among four jazz composers nominated to the 2006 Melbourne Jazz Fringe Festival’s Annual Commission. In 2004, he was also commissioned by Half Bent Winter Music Festival for a suite for septet. Marc’s composition “Out and Out” was nominated in the jazz category for the 2006 International Song Contest. He was one of four finalists for the Music Council of Australia’s prestigious Freedman Fellowship, held at the Sydney Opera House. In 2008, he was also one of three nominees to the Australian Jazz Bell’ Awards Young Jazz Musician of The Year. He has been inspired by the music of Australian improvisers Ken Edie, John Rodgers, and Elliott Dalgleish through recent projects. Rodgers and Edie are part of The Antripodean Collective and Dalgleish’s Mute Canary Project. He has performed music for organizations like The Wangaratta Festival of Jazz and The Stonnington Jazz Festival. Jazzgroove, The Melbourne Jazz Fringe Festival. The Melbourne Jazz Co-operative. The Make-It-Up Club. The Sydney Improvised Music Association. He has taught masterclasses and workshops at many of Australia’s top creative institutions, including The Sydney Conservatory of Music and The Australian National University, Canberra, The Wollongong Conservatory of Music and The Brisbane Conservatory of Music. Marc went to Banff in Canada for the International Workshop for Jazz and Creative Music, which took place May/June 2008. He learned a lot from Wayne Krantz, Thomas Morgan, Ethan Iversson, and Thomas Morgan, all world-respected musicians. Marilyn Nonken, a leading contemporary classical pianist, was his teacher. New York pianists Andy Milne and Jason Moran, as well as Greg Osby, a New York saxophonist. Marc’s debut album, The Garden of Forking Paths on Exe was released in 2007. It was praised by Laurence Donohue Greene (chief editor at allaboutjazz.com), Paul Grabowsky (“Australian jazz composer/pianist”) and John Rodgers (“leading contemporary composer/violinist) for being some of the most innovative and exciting improvised music of recent times. Laurence Donohue Greene, All About Jazz, New York, named the Antripodean Collective’s Funcall(Extreme), one of the most important releases of 2008. The solo piano album Polar by Marc was released on Extreme in mid-2009. It contains compositions as well as improvisations that reflect Marc’s growing interest in rhythmic counterpoint and post-serialism. It was voted the Herald Sun’s #2 favorite album of 2009. He was part of the trio that released “Homage”, its debut album, on Jazzhead in mid-2009. It was awarded the Jazz ‘Bell Award 2010 for best traditional jazz album. Homage received a 2009 AIR nomination and was named album of the Year in both the Herald Sun Magazine and Rhythms Magazine. Shreveport Stomp was their second album, which was nominated in the 2011 ARIA and AIR categories for best jazz release. This has established this group as a major player on the national jazz scene. Marc has shared the stage with many well-known international musicians, including Wycliffe Gordon (trombonist, Lincoln Centre Jazz Orchestra, USA), and Tim Berne (USA), as well as Elliott Dalgleish and Bernie McGann, as well as saxophonists Elliott Dalgleish and Bernie McGann, as well as trumpeters Miroslav Bulkovsky and Scott Tinkler, and Eugene Ball, as well as John Rodgers, John Rodgers, and Ken Edie, Simon Barker, Ronny Ferella, Simon Barker, Simon Barker, Simon Barker, Ronny Ferella, and Allan Browne, and Allan Browne. He has appeared with such groups as the Scott Tinkler Quartet/Marc Hannaford Monk Project Jamie Oehlers/Marc Hannaford Monk Project Eugene Ball’s Messiaen Ensemble The David Rex Quartet, and the multi-media group The Maximalists. from www.marchannaford.com