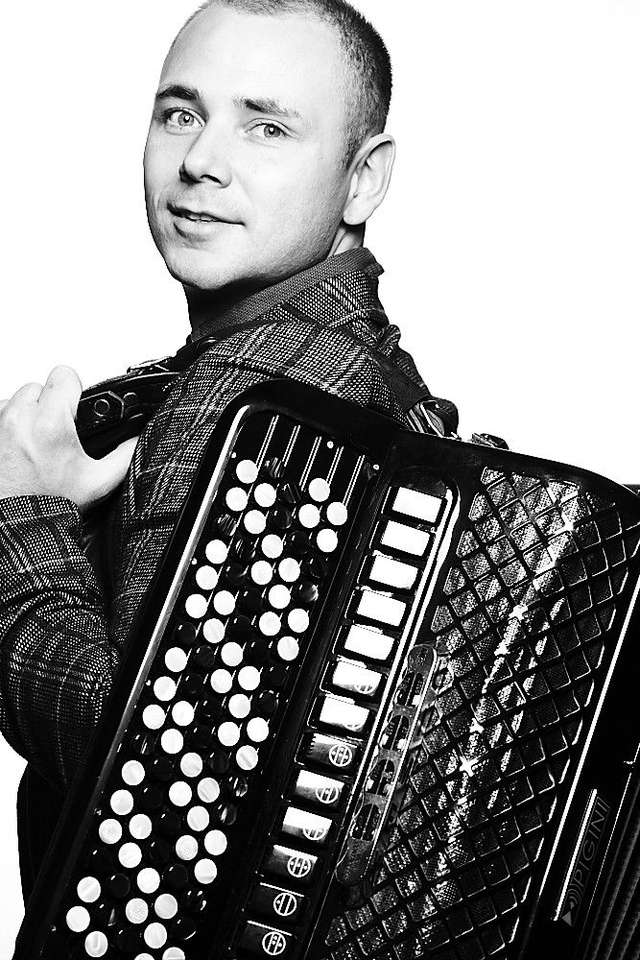 Marcin Wyrostek, an accordionist, was the winner of Poland’s Got Talent 2. He is a lecturer at Karol Szymanowski Music Academy in Katowice, and a member the American Accordionists’ Association. Marcin’s father was the first accordionist in his family. Marcin’s grandfather sold one of his cows to him for an accordion, and he became the instrument’s owner. Since then, the accordion’s sound has been a constant accompaniment to family gatherings. Marcin continued his music education at the Jelenia Gora primary and secondary music schools. To keep his family from being awakened, he spent nights practicing accordion at home. Joachim Pichura, a professor at the Academy of Music Katowice where he is now a lecturer, helped him develop his passion. He has been awarded laureates in more than 30 accordion contests, both in Poland and overseas, including Detroit (USA), Esztergom in Hungary in 2003, Dunajska Streda in Slovakia in 2003, Reinach in Switzerland in 2003. The Minister of Culture and National Heritage awarded him a scholarship for the academic year 2004/2005. Bobby McFerrin was one of his greatest music challenges. Marcin Wyrostek Band, formerly Corazon, and Marcin Wyrostek Band were two of his music projects.