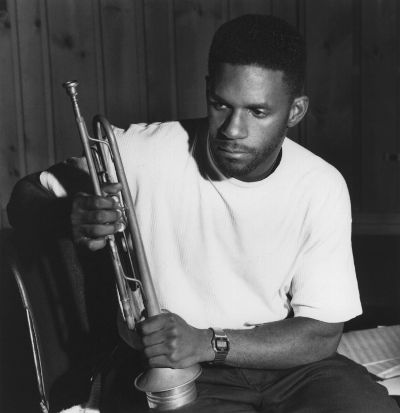 Marcus Printup was born in Conyers in Georgia and raised there. He first heard the fiery gospel music that his parents sang at church. As a high school senior, he would discover jazz. Marcus was awarded a music scholarship to the University of North Florida and won the International Trumpet Guild Jazz Trumpet Competition. His life would be forever changed when he met Marcus Roberts, his mentor and friend. He was introduced to Wynton Marsalis, a world-renowned trumpeter. This eventually led to his invitation to join Jazz At Lincoln Center Orchestra 1993. Printup has recorded and performed with Betty Carter, Dianne Reeves (he was inducted into the first Jazz Ahead class of Ms. Carter in 1994), Wycliffe Gordon, Marcus Roberts, and Cyrus Chestnut. Printup is a leader on several recordings, including Song for the Beautiful Woman. Unveiled, Hub Songs. Nocturnal Traces. Bird of Paradise. London Lullaby. Ballads all Night. A Time for Love. Homage. Desire. Lost. He recorded a live Gospel CD for Peek’s Chapel Baptist Church in 2008 as a benefit for building a new church. He is a sought-after facilitator/educator at masterclasses and clinics at Middle Schools and High Schools across the US. Printup is also an educator at JALC’s Essentially Ellington competition and JALC’s Middle School Jazz Academy. He also participates in the Savannah Music Festival Swing City Competition. Together with Riza Printup Printup, the Printups founded RiMarcable Publications. Through RiMarcable Publications, they published their first children’s book as well as arrangements for big band and combos. RiMarcable notes also saw the release of their first children’s jazz single. Mr. Printup was first seen in 1999’s Playing By Heart. He also recorded the soundtrack. In 2005, a proclamation was granted to Mr. Printup declaring August 22nd ‘Marcus Printup Day’ in his home town of Conyers, GA. from www.marcusprintup.net