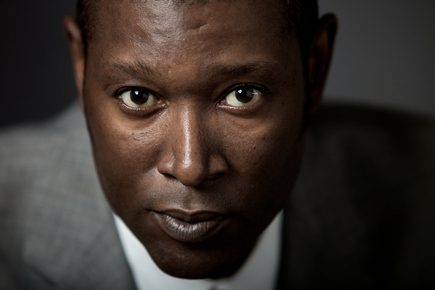 Marcus Anthony Shelby, a teacher, composer, arranger and bassist, currently resides in San Francisco, California. He has a varied biography over the past 24 years. Shelby was the bandleader for Columbia Records and GRP Impulse between 1990-1996. He is currently Artistic Director and leader for The Marcus Shelby Orchestra and Recording Artists Black/Note. Shelby received a 2009 Black Metropolis Research Consortium Fellowship to Chicago in summer 2009 to do research on his commission to write “Soul of the Movement”, a 12-part musical suite about MLK and the Civil Rights Movement. Shelby was also a Fellow in 2006 of the Committee for Black Performing Arts, Stanford University. He conducted research for his commission to write “Harriet Tubman”. Shelby also has extensive experience in Bay Area Theater and dance, composing music for Margo Hall’s “Bebop Baby”, and “Sonny’s Blues”, and Joanna Haigood’s ballet theater work “Dying While Black and Brown”, and other productions. Currently, Shelby is an artist-in-residence with the Yerba Buena Garden Festival. They support Shelby’s community-based projects and host his annual orchestra. Shelby has also arranged and directed the Count Basie Orchestra featuring Ledisi. He performed and recorded with Tom Waits and was awarded the City Flight Magazine 2005 award for one of the “Top Ten Most Influential African Americans In the Bay Area”. Shelby is currently working alongside Anna Deveare Smith, playwright and actress, on her new piece “Pipeline to Prison”. Shelby was the 1991 Charles Mingus Scholarship winner. She studied under legendary bassist Charlie Haden and composer James Newton. Shelby is active in music education, and currently teaches at The Community Music Center as well as the Stanford Jazz Workshop. Shelby has also led many of San Francisco Jazz Festival Family Matinee Concerts, and is currently the music director for the Healdsburg Jazz Festival Freedom Jazz Chorus. Shelby was appointed to the San Francisco Arts Commission by Mayor Ed Lee in March 2013. from http://www.marcusshelby.com