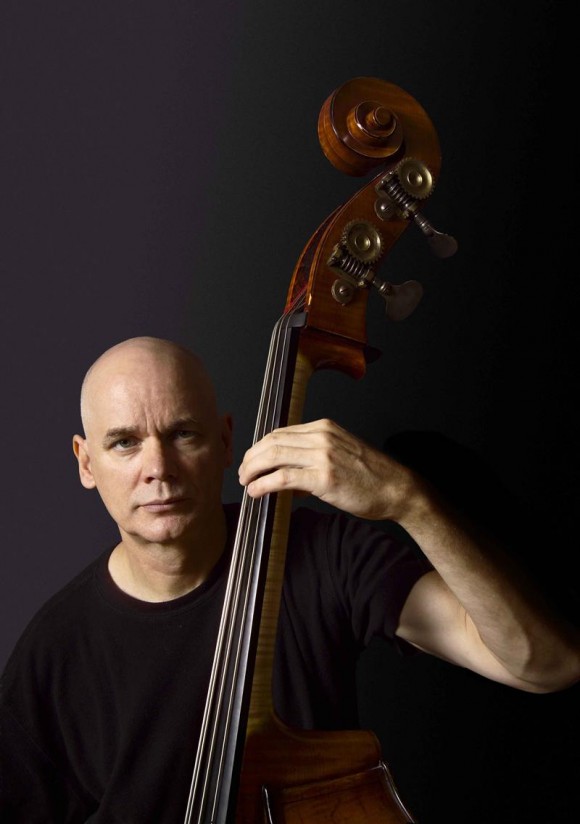 Mark Helias, a well-known composer and bassist, has been performing around the globe for over three decades. His studies at Rutgers University (B.A. 1974), and The Yale School of Music, where he received his M.M. 1976, he started his international career with the Anthony Braxton Quartet. He has performed with a wide range of international artists, including Dewey Redman and Marcel Khalife. Helias is a prolific composer. He has composed music for two feature films, as well as chamber works and works for big ensembles and big bands. The American Composers Orchestra premiered his orchestra piece, Stochasm, in June 2011. Other artists he has recorded include Ray Anderson, Tony Malaby and Bobby Previte. Since 1984, twelve albums featuring his music were released, including “Split Image”,” “The Current Set”, (1987),” “Desert Blue”, (1989),” “Attack The Future”, (1992),” “Fictionary”, (1998), “Come Ahead back” (1998) and “New School” (2001). “Verbs of Will”, “Atomic Clock”, (2006), and “Strange Unison”, (2008). On September 11, 2011, his latest CD, “Explicit”, will appear on French label Futura Marge. Open Loose, a trio he formed with Tony Malaby, Tom Rainey and Tom Rainey has been a staple of the New York improvising scene. He continues to perform and record with BassDrumBone. This three-decade-long collaboration with Ray Anderson and Gerry Hemingway has been ongoing. He performs solo as a bassist and is also a member of the bass duo “The Marks Brothers” with Mark Dresser. He is a teacher at Sarah Lawrence College, The New School University, and SIM (School for Improvisational Music). From www.markhelias.com