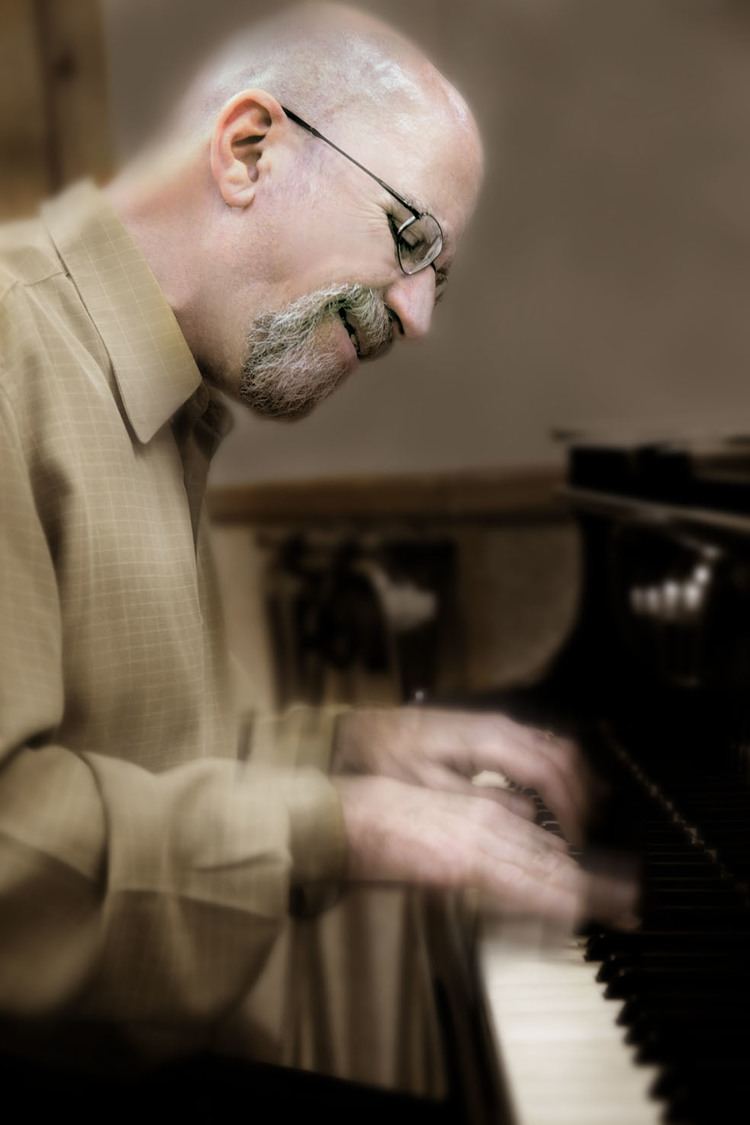 Mark Soskin was born July 12, 1953 in Brooklyn, N.Y. Soskin has recorded and performed with such diverse musicians as Sonny Rollins, Joe Henderson, Randy Brecker, Billy Cobham, Buster Williams, Eddie Henderson, Stanley Turrentine, Cornell Dupree, Herbie Mann, John Abercrombie, Claudio Roditi, Sheila Jordan, Gato Barbieri, Joe Locke, David”Fathead”Newman, Mark Murphy, Slide Hampton, Pete and Sheila Escovedo, Bobby Watson, Miroslav Vitous, The NY Voices and others. Soskin studied classical music at Colorado State University, but his interest in jazz music grew. He enrolled at The Berklee College of Music in 1973 to study composition and arranging. He began his professional career in Boston before moving to San Francisco where he worked with some of the best players on the west coast. Soskin met Pete Escovedo, a Latin music legend, shortly after he arrived in San Francisco. Pete’s daughter, Sheila, is also a percussionist. They toured and recorded under the name Azteca. This group featured Soskin’s keyboard, writing and arranging skills. The group, now featuring Tom Harrell on trumpet and other musicians, recorded two discs for Fantasy Records. They were produced by Billy Cobham, a drummer ace. Soskin was recruited in Cobham’s band for a two-year stint, which resulted in two Columbia recordings. Soskin recorded live for CBS All Stars and toured with Cobham between tours. Soskin was a session player at Fantasy Studios in Berkeley, California. Orrin Keepnews, a veteran jazz music producer, noticed this. Soskin signed “Rhythm Vision” his first recording deal with Prestige, a subsidiary of Fantasy. The album featured Harvey Mason and Benny Maupin, with the album making it to the top ten Jazz Charts on Billboard. Keepnews introduced Soskin and Sonny Rollins to begin a 14-year long, fruitful partnership. Soskin is a tenor sax legend, and can be heard on many critically acclaimed recordings, including “Saxophone Collosus”, which features him. Soskin has lived in New York City since 1981, where he continues to be active both as a sideman and as an artist leader. To date, he has recorded ten of his own recordings and three with co-leader Harvie Swartz and Joe LaBarbera. One is called “Spirits” and features Harvie Swartz with Sheila Jordan. Another recording under the “Contempo Trio”, Danny Gottlieb and Chip Jackson with Ravi Coltrane. A third Contempo Trio recording, “The Secret of Life”, features Carolyn Leonhart. His recording “17” on TCB features Soskin performing in a quintet with mainly original compositions. He still has a busy schedule and gives master classes and workshops. He has also appeared on the hit HBO series “Sex and The City.” Slide Hampton’s “World Of Trombones”, and Steve Smith’s writing and playing on his DVD, “Drumset Technique/History of the U.S.” are two examples of how to arrange projects. Beat”. Soskin has performed solo piano concerts around the globe, such as at the Ottawa Jazz Festival. At Lincoln Center, he performed “Ceiling/Sky”, the premiere of John Adams’ opera. Soskin is currently on The Manhattan School Of Music’s faculty. He has been featured in many music publications including Leonard Feather’s Biographical Encyclopedia of Jazz, Ira Gitler, and Joachim E. Berendt’s Jazz Book. Mark Soskin appears in “Calle 54”, a documentary about latin jazz musicians. He signed with Kind of Blue and produced three albums for the label, all of which were critically acclaimed. Jay Anderson, Jay Anderson, and Bill Stewart are featured on the first entitled “One Hopeful Day”. “Man Behind the Curtain”, the second album, was released in October 2009. It features Ravi Coltrane and Bill Stewart. The third album, “Mark Soskin Solo piano- The Music Of Nino Rota”, was released in 2012. His latest recording is “Live at Small’s Mark Soskin Quartett(2015),” featuring Rich Perry, Jay Anderson, and Anthony Pinciotti. Mark Soskin is available to teach master classes and workshops. http://marksoskin.com