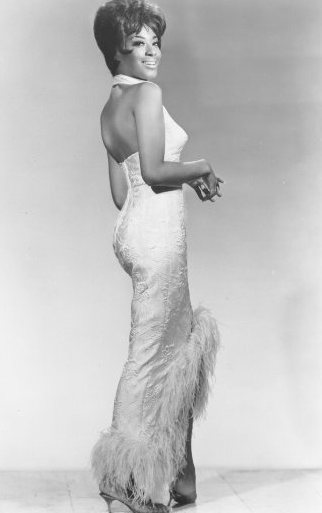 Marlena Shaw, a vocalist, is an original. Her voice is soulful and swinging. Shaw’s voice is a personal expression of each song, whether she’s singing down-home blues or passionate ballads. Shaw was born in Valhalla, NY. Her grandfather and grandmother were Shaw’s musical influences. They loved gospel music and sang it on their “hi-fi”, family record player. Marlena sang in many gospel groups as a young girl. She sang for the first time before a large audience with her uncle, who was a trumpet player and introduced her to jazz music like Dizzy Gillespie. Shaw, then only 10, performed at Harlem’s Apollo Theater with her uncle. They were invited back for the following week’s show. Shaw recalls that Shaw’s uncle was booked elsewhere the night before, so Marlena, then only 10, had to perform solo at the Apollo. Shaw’s professional ambitions were revived when she got married and moved to Springfield, MA. Friends encouraged her to audition and she got gigs near the base. She then recorded a demo tape in Charlie Parent’s garage, a local drummer. She was eventually offered a regular gig at The Concord, a Catskill Mountains resort hotel in upstate New York. Shaw was invited to sing with the Count Basie Orchestra. Basie’s accountant saw Shaw at the New York Playboy Club. Basie was given a copy of one her records while Marlena met Frank Foster, a Basie alumnus who helped to arrange charts for some of her songs. She was soon on her way to Las Vegas to meet the entire band at the Sands Hotel. Marlena was not sure she had the gig. After singing, she thought that her first rehearsal was an audition. She became anxious when Basie left the bandstand. Basie returned with two glasses of wine and greeted her. He said, “Save Your Voice, Sugar, You’re Going to Need It Tonight.” Shaw fondly remembers Basie’s wisdom. He advised him about setting the tempo of a number. “Well Darlin’, now just keep in mind: don’t set it above a pulsebeat.” Text contributed by users is available under Creative Commons By–SA License. It may also be available under GNU FDL.