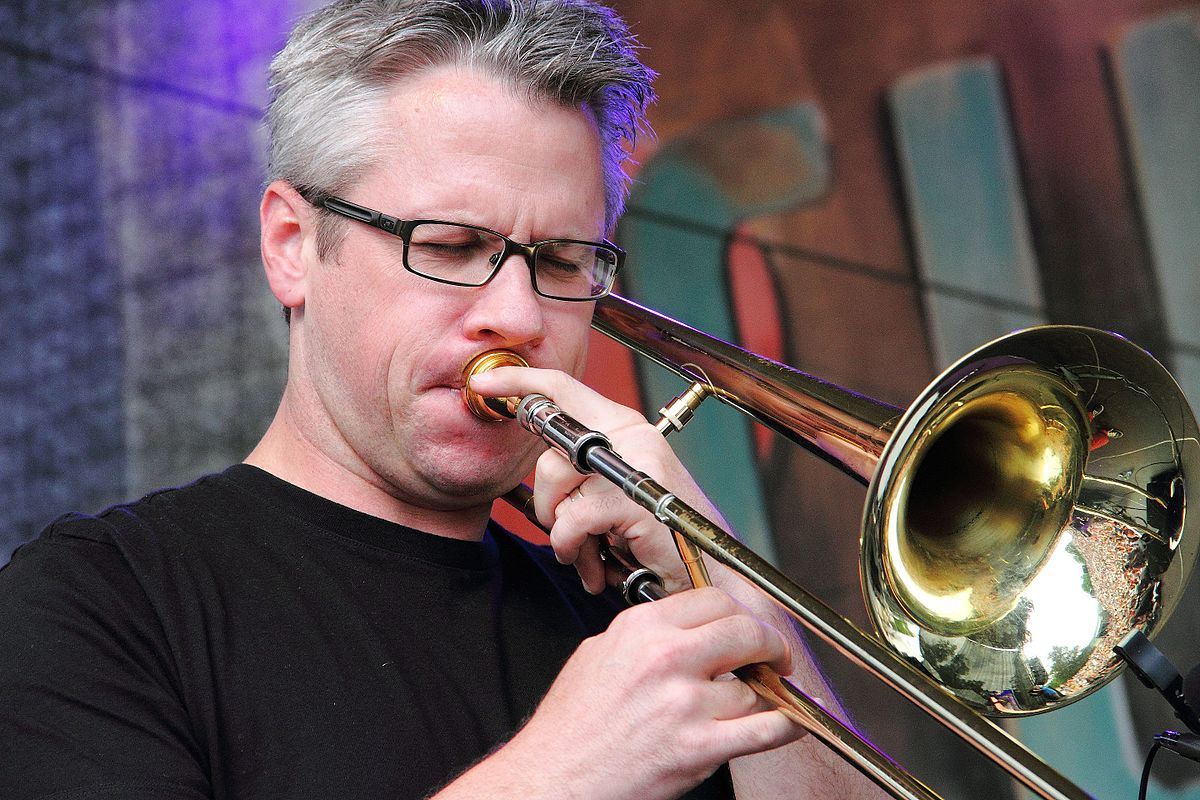 Born in Camp Springs in Maryland, Mr. Gilkes spent his childhood traveling the country with his father, an Air Force musician. They visited many parts of the United States including Washington D.C. and New Hampshire. After twelve years living and working in New York, Mr. Gilkes now resides in Cologne in Germany, where he is part of the WDR Big Band. Each of the last four years, Mr. Gilkes was voted “Rising Star” in Downbeat magazine’s annual critics poll. He has been widely praised by audiences and journalists from around the globe. 2003 saw Mr. Gilkes become a finalist at the Thelonious Monk International Jazz Competition. Three critically acclaimed albums have been released by Mr. Gilkes as a leader. Marshall Gilkes Quartet’s “Edenderry” (2004), Marshall Gilkes’ “Lost Words 2008” and Marshall Gilkes’ “Sound Stories 2012” are three of his most acclaimed albums. Jazz Review.com has the following to say about all three albums. “As a composer Gilkes writing will most certainly soon appear in the repertoire of college combos; it is supremely artistic as a jumping point for improvisations, and intricate enough to make it a wonderfully mature study material for young musicians.” Mr. Gilkes is also a member the Maria Schneider Orchestra, Edmar Castaneda Trio and a former member the Richard Bona Group. He has presented master classes at numerous institutions, including The Banff Center and Berklee College of Music. He is a Juilliard School graduate and an Edwards Instruments artist.