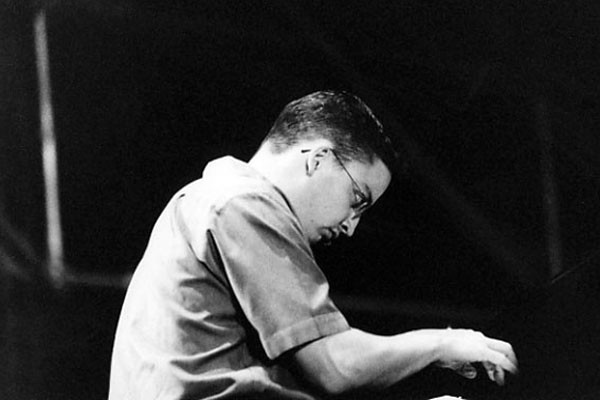 Martin Bejerano, a native Miamian of Cuban descent, was a professional pianist at the age of 15. He performed George Gershwin’s “Rhapsody in Blue” while attending the New World School of the Arts in Miami. He also studied classical piano at Florida State University with Leonidas Lipovetsky, and then received a master’s from the University of Miami. Martin was third in the Great American Jazz Piano Competition 1999. He qualified for Thelonious Monk Institution Jazz Colony. He got very busy. Martin Bejerano, a renowned jazz musician, joined the near-obligatory jazz musician’s move to New York ten years ago to discover his talents. He was selected by Roy Haynes, the legendary drummer, to join his Fountain of Youth group. Martin continues to thrive as he tours around the world with this legend. Martin was also a member of Russell Malone’s quartet. He continues to tour with the two groups and records as he tries to make a solo career. His debut CD Evolution/Revolution (2007 Reservoir) was a great success and was featured on the South Florida JAZZ site. He is joined by Edward Perez on bass, and Ludwig Afonso drums. Martin amazes audiences around the globe with his amazing piano technique. Martin’s unique piano technique is not the only thing that impresses. He also combines a modern harmonic and rhythmic approach with his commitment to lyricism, musicality and musicality. This creates a truly expressive approach in improvisation. Bejerano has developed a distinctive style that will continue to evolve. Although he is said to have been influenced by Chick Corea and Keith Jarrett as well as Brad Mehldau perhaps, his original concept is the best thing for a mature talent. He has proven to be a strong performer on the bandstand alongside Jimmy Heath, James Moody and Kenny Garrett. South Florida JAZZ will present this concert, during which Martin Bejerano with his trio will premiere Potential Energy Suite. This composition was commissioned by Chamber Music America in exchange for Martin’s 2010 grant. CMA grants are funded by the Doris Duke Charitable Foundation, and the Andrew W. Mellon Foundation. from http://southfloridajazz.org