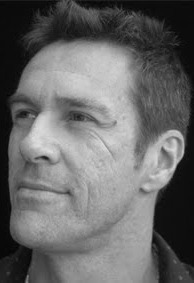 Martin Brandqvist was raised in Harplinge in a jazz-oriented home. Martin Brandqvist began playing at Nefertiti, a legendary Gothenburg jazz club, at the age 17 with his father, Ove Ingemarsson and Matz Nilsson. He went on to become a percussionist in Sweden and New York. He holds a Bachelor’s degree in music from Malmo University. Martin met Frank Malable, a legendary drummer from Afro-Cuban origins. Martin has played in many bands throughout the world music scene over the years. Martin has toured South Africa with Vusi Mahalasela and performed with Simbi, Boukman Eksperyans at festivals in Canada and France. His contacts in Malmoe, Copenhagen and Brasil led to tours and recordings in Sweden as well as Iceland in the 1990’s. Martin was a member the Avada Band and had the chance to combine his African inspirations with Swedish folk music. Martin is a composer and has contributed music to TV-series and movies. He has received numerous prizes. Martin’s music has been played on animated TV-show Karlsson pa Taket for many years. He has collaborated with Sluggerfilm Malmo and Ted Sieger, the Swiss drawer. This resulted in many movies including “The Fourth King” and the “Molly and the christmas monster”. http://frostros.se