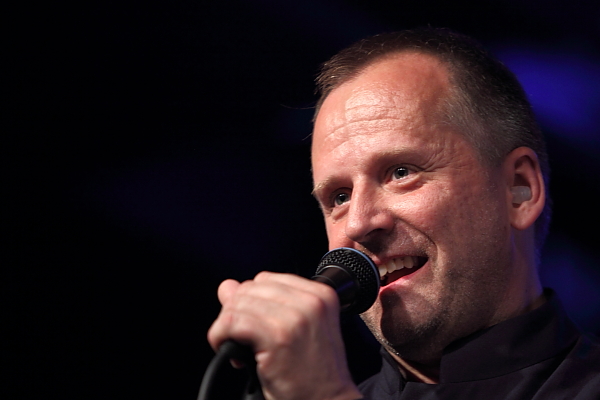 Mats Holmquist is a composer/arranger/big band leader/author/ lecturer of Swedish origin. He has earned two Master of Music/ Composition degrees; one from the Royal College of Music, Stockholm and one from University of North Texas. As a leader/ director he has composed and arranged music for seven albums as a leader. He has performed with his own groups and big band, ”Mats Holmquist Stora Stygga” (Big Bad Band) at international jazz festivals like Montreux, The Hague, San Sebastian, etc. In 2012 he toured with legendary saxophonist Dave Liebman and Stora Stygga around Sweden with this project. In 2014 he recorded the CD ”A Tribute to Wayne Shorter” with the Dave Liebman Big Band. In June 2015 he recorded the CD; ”A Tribute to Herbie +1” with his new big band Dick Oatts/Mats Holmquist New York Jazz Orchestra”. The band is co-lead by saxophonist Dick Oatts, lead sax and artistic director of the Vanguard Orchestra (former Thad Jones/Mel Lewis). The band consists mostly of Vanguard Orchestra members. In 2010 he premiered his ”Big Band Minimalism”, a sub-genre that could be described as a fusion between his own modern big band music style and the minimalism of Steve Reich and John Adams. The CD ”Big Band Minimalism” was recorded in October 2015 by the Latvian Radio Big Band and will be released in April 2017. In November 2015 he was invited to do several concerts and a lectures in Tokyo. ​ Mats Holmquist Stora Stygga has performed with most established swedish vocal artists at concert halls and festivals all over Sweden, visiting approximately 80 cities in Sweden and six other countries, performing more than 350 concerts. They have performed in front of Bill Clinton, The German president in Berlin, the Swedish Royal family etc. His album”12 Standards” featuring twelve of Sweden’s foremost pop singers, interpreting jazz standards, was the first big band album in Sweden released on a major pop/rock label (Stockholm Records). Stora Stygga has received unique sponsoring by multinational accounting firm Deloitte & Touche as well as fashion label Tiger and several other companies. He is the author/creator of the book/methodology; ”The General Method” which was published internationally 2013 by Jamey Aebersold Jazz Inc. U.S.A. The book is an attempt to create a new language for all musicians in this genre (Afro American Music). The method consists of over 350 terms and definitions which are invented to create a deeper understanding of the ”natural laws” of music. ​ As a clinician with 34 years of professional experience he travels more and more internationally performing big band clinics using The General Method, as well as concerts with professional big bands. He has given lectures at academies in Oslo, Stockholm, Berlin, St:Petersburg, Shanghai, Tokyo and more. ​ He is also founder/director of the Swedish National Youth Big Band, three regional Swedish youth big bands and in 2005 he founded the only specialized pre-college big band program in the country. ​ Mats Holmquist has composed music for symphony orchestras, string orchestras, string quartets and he orchestrates and has conducted strings for Sweden’s world famous pop group Roxette. He has received a number of awards, grants and scholarships from different institutions in Sweden and his big band have been receiving government grants from the ministry of culture since 2004. ​ In 2011 he was appointed Artistic Director of China’s leading professional big band; ”JZ All Star Big Band” and lived in China for three years. In February 2013 he started developing a music-learning software, www.take7music.com, together with a development team in Shanghai. Take7 was released in the spring of 2015 and is now released in six countries. from www.matsholmquist.com