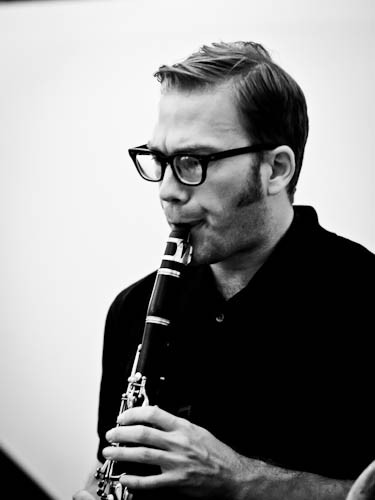 Matt Bauder, a composer and saxophonist based in Brooklyn NY, is Matt Bauder. Day in Pictures, Hearing Things, and the Memorize The Sky trio are his projects. Bauder mainly plays the tenor saxophone, but is also an accomplished multi-instrumentalist often adding clarinet, bass clarinet, flute, guitar and electronics to his stage and recording arsenal. He has performed alongside many famous figures in avant-garde and pop music, including Bill Dixon, Roscoe Mitchell and Fred Anderson. Rob Mazurek and Harris Eisenstadt have recorded many of his songs. Taylor Ho Bynum also featured him on several recordings. His recordings as a leader or co-leader on 482 Music, Clean Feed and other music have been widely praised by critics. From www.mattbauder.net