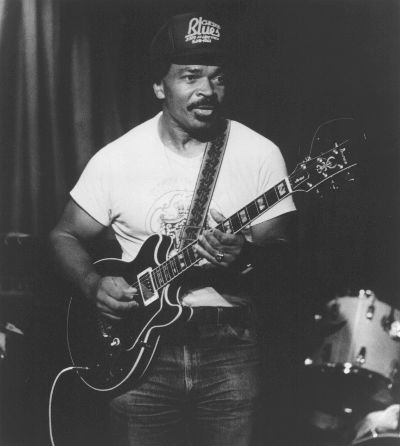 Matthew Tyler Murphy (December 29, 1929 to June 15, 2018, also known as Matt “Guitar”) was an American blues guitarist. He was a member of The Blues Brothers as well as Howlin’ Wolf. Murphy was born in Sunflower in Mississippi and was educated at the Peabody Hotel in Memphis. Murphy began playing guitar as a child. He moved to Chicago in 1948 and joined the Howlin’ Wolf band. Murphy recorded in 1952 with Little Junior Parker, Ike Turner. The result was “You’re My Angel”/Bad Women, Bad Whiskey (Modern 864), which is credited to Little Junior Parker u0026 the Blue Flames. Murphy was a frequent collaborator with Memphis Slim, as well as on his album At The Gate of Horn (1959). Murphy was featured on two albums by Chuck Berry, as well as in works by KoKo, Sonny Boy Williamson II and Buddy Guy. In 1963, Murphy performed a memorable show with his “Matt’s Guitar Boogie” on the American Folk Blues Festival tour through Europe. Freddie King once said that he based his song “Hide Away” upon Murphy’s performance during this performance. Murphy recorded six albums with James Cotton in the 1970s. John Belushi and Dan Aykroyd attended one of their performances, and then asked Murphy to join The Blues Brothers’ touring band. Murphy played the role of Aretha Franklin’s husband in The Blues Brothers (1980), and Blues Brothers 2000 (1998). He was a member of the Blues Brothers Band from the late 1990s to the early 2000s. Cort Guitars makes Murphy’s guitar. In 1998, Murphy visited Cort’s factory in Korea. The MGM-1 was then introduced. These guitars are usually finished in honey or sunburst. These guitars are made from agathis and feature a mahogany neck. They also have two humbuckers, single volume and tone controls, and are made of single-volume agathis. According to factory numbers, 78 copies of this model were produced from 2002 through 2006. Murphy had a stroke in 2002, but he returned to work a few years later. From Wikipedia: Murphy lived in Miami, Florida from the time he died on June 15, 2018.