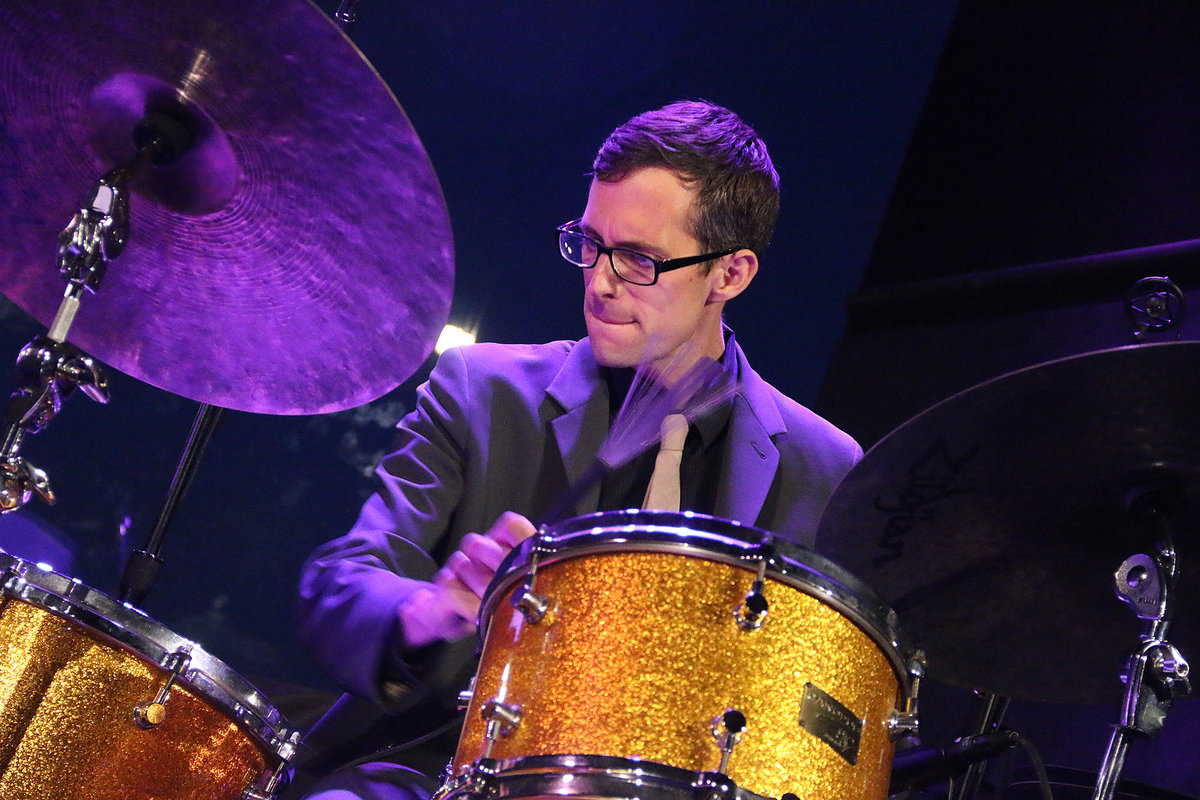 Matt Slocum is regarded as one of the most respected drummers his generation (Jazz Police). He has also been praised for being a unique, creative and lyrical composer. He has received composition grants and commissions from the Mid-Atlantic Arts Foundation. Slocum’s ensembles were featured at many venues in North America and Europe, including Yoshi’s Jazz at Lincoln Center, Yoshi’s Jazz Festival, Saratoga Jazz Festivals, Twin Cities Jazz Festivals and the Soka International Jazz Festival. Slocum is often referred to as a “musical drummer” because he has a unique voice on the drums and is a dynamic, melodic, and dynamic soloist and accompanist. He has recorded and performed with many artists, including Seamus Blake and Steve Cardenas. Slocum was born in St. Paul, Minnesota, and grew up in western Wisconsin. He began his musical studies at the piano, before moving to percussion when he was 11. He was exposed to jazz while in high school through records featuring Max Roach, Philly Joe Jones and others. He was awarded a full scholarship to the University of Southern California, where he studied under Peter Erskine. Slocum graduated in 2004 and spent three years in California after which he moved to New York in the fall of 2007. In January 2010, Slocum released Portraits, his debut album. His debut album Portraits was released in January 2010. After the Storm, a more reflective trio recording, was released October 2011. It was one of 15 recordings that received a New Music USA recording grant for 2011. Slocum’s third album, Black Elk’s Dream (2014) is primarily a quartet recording that the Minneapolis City Pages describes, as “A sublime interpretation by the visionary Oglala Lakota Leader’s philosophy. The melodic sophistication Slocum’s compositions wonderfully realized through his lithe and restless percussion.” Jazzchill.blogspot