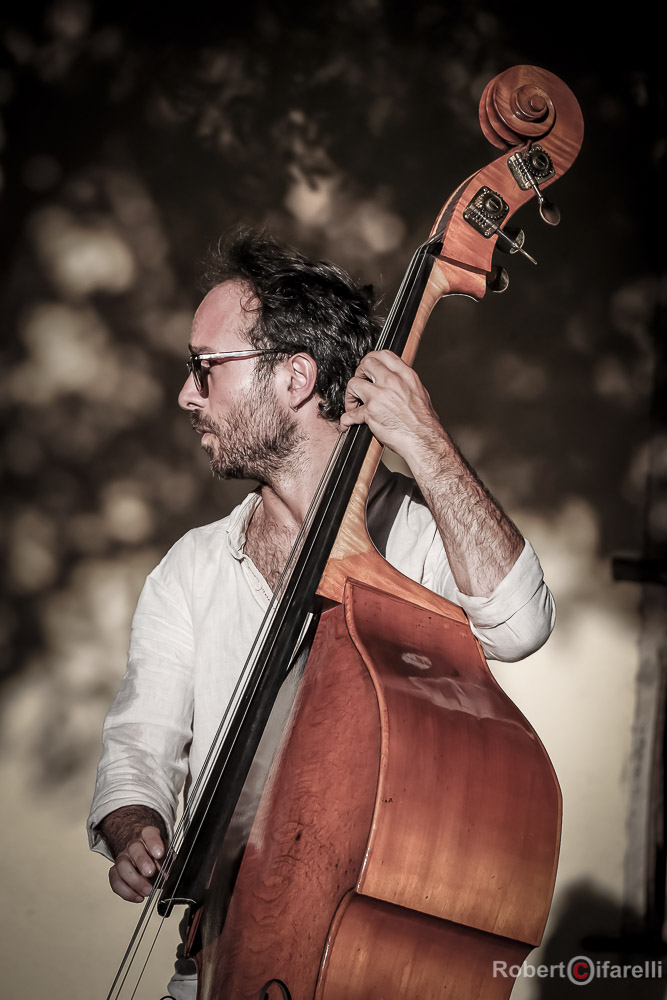 Matteo Bortone, an Italian double bass player/composer is quickly making a name for itself among the emerging talents of the new jazz generation. He has been awarded “Best New Talent 2015” by Musica Jazz journalists. Matteo is the leader of “TRAVELERS,” a french/italian band that explores the edges between rock/pop and contemporary jazz since 2008. This musical intention is achieved by creating a world of contrasts and dialogs between heady melodies. Travelers has released two albums to critical acclaim in France and Italy. They have received important press awards like “Revelation Jazzman”, (“Jazz Decouverte”) in France, “Jazzit loves it” in Italy, and “Jazz Decouverte” in France. It was chosen by Italian JazzIt magazine as one of the best jazz albums of 2013. They have toured throughout Italy, Belgium and France since then. from www.parisjazzclub.net