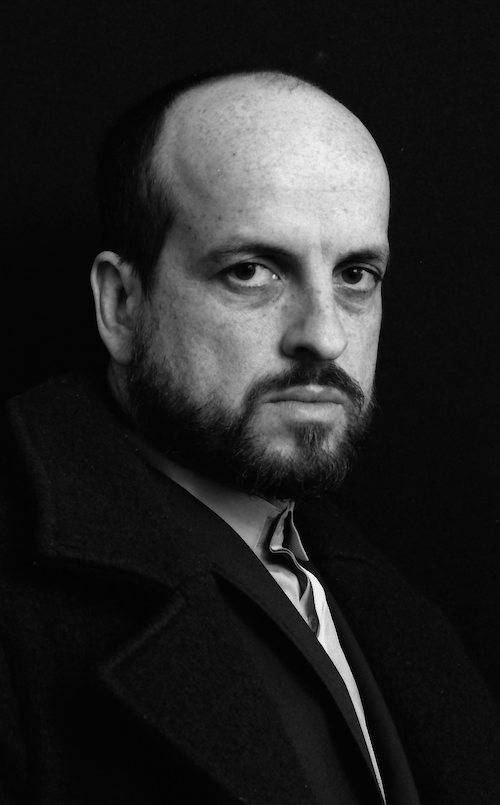 MATTHEW HERBERT, a tireless innovator, a master of sampling, a classically trained pianist, and renowned collaborator, is one electronic music’s most prolific and versatile figures. Herbert records under his own name, as well as Wishmountain and Radio Boy. He has also remixed and produced artists such as Bjork and REM, John Cale and Roisin Murphy. Herbert is an alchemist of avantgarde sound in the tradition that stretches from Stockhausen to Aphex Twin. He combines playful pop sensibility and a strict experimental agenda. He has become a singular figure in modern music with his increasingly political and conceptual albums. Herbert’s first public performance was January 1995. His instruments were a sampler, and a bag with crisps. He started playing piano and violin at age four, long before sampling was even a possibility. He sang in school’s choir at seven and was a member of orchestras. He was fortunate to have a music teacher at school who considered Jazz standards, Xenakis, and Reich to be equal to Beethoven. Herbert, the son and daughter of a BBC sound technician invested in his home studio while he was a theatre student at Exeter University. Herbert’s studies were instrumental in his discovery of “musique concrete”. The beginning was as simple as rummaging through his bag of crisps. His 1998 masterpiece ‘Around the House’ was re-released by!K7 in 2002. It collected sounds from the home and house: toothbrushes, washing machines, and toasters were all sampled and turned into swinging grooves. To make the album a left-field masterpiece, Herbert needed the smooth voice of Dani Siciliano. Herbert created a manifesto in 2000 called the “Personal contract for the composition of music (PCCOM) (Incorporating Manifesto Of Mistakes). These rules have remained the foundation of all subsequent compositional practices. This manifesto is similar to Dogme 95’s filmic principles. It prohibits the use prerecorded musical sounds and any synthetic sounds that mimic acoustic instruments. He should not allow accidental sounds or mistakes to influence his production. Herbert sees programming and recording mistakes as an intervention of random humanity in a hostile world. He is the man who owns Accidental Records. Herbert’s 2001 album, ‘Bodily Functions,’ was the result of putting this theory into practice. These rules were not the only thing that made the record unique. The record also opened up new worlds full of fascinating rhythm and sound from everyday objects. Herbert, who was a big-band artist with ‘Goodbye Swingtime,’ reshaped his musical repertoire with the release of his 2003 album. It was recorded at Abbey Road Studios with 16 jazz and session musicians. The album, despite its self-consciously traditional elements was recorded under strict PCCOM rules and featured Siciliano singing again. Large crowds embraced the live shows that followed, such as Sonar in Barcelona and Montreux jazz festival. Herbert is expanding the boundaries of electro-organic music, from bedroom samples to concert halls. Herbert’s music is now more political in recent years. His 2004 album Plat Du Jour, which featured sounds entirely derived form food packaging, was his most experimental to date. It was unifying in content and concept. It used clever culinary metaphors to criticize not only giant food companies, but also the death penalty and body fascism. The resultant live shows were called “wild stimulation of senses and feet” by the Guardian in Britain. Herbert produced “Ruby Blue”, the debut solo album of Roisin Murphy, Moloko singer, in 2005. It is a fertile ground of jazz-funk and dance-pop, as well as artfully textured jazz-funk. Herbert’s most pop-friendly album to date, Scale, is his latest. Under the deceptively shiny surface of jazz, disco, and sensual house rhythms, there are quietly anguished meditations about mortality, global suffering, and the end to the oil age. These 723 objects are among the 723 that were featured on these tracks. They include coffins and petrol pumps, meteorites as well as an RAF Tornado bomber. “Scale” is more Herbert than any other Herbert album. It combines dance music with subversive subject material in a way that’s unmistakable. Herbert is solid as a rock, even in this age of digital arbitrariness without borders. This was how the German newspaper “Die Zeit” described Herbert’s work. Herbert’s ingenious and endlessly inventive work is not just for art sake. He has made programming errors and he adheres to the strict conceptual guidelines of his PCCOM manifest. His music engages in a lively dialogue with the wider community, the past and present of experimental music, as well as its economic and political origins. It is also possible to dance to most of the music. Matthew Herbert’s records can be used as a tool for mass seduction. from http://accidentalrecords.com