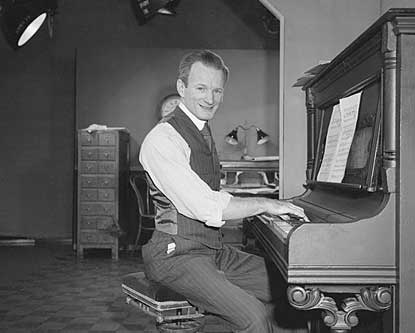 Max Morath was a Colorodo Springs native who was born October 1, 1926. Max Morath was born in the midst of the decline of ragtime, but he learned how to play it from his mother, who had been a professional pianist. Before he became a ragtime performer, he was an actor on radio and television, a writer, an announcer, and a general entertainer. He discovered period music while performing it for West-style melodramas. Max Morath was spotted by National Educational Television’s producer and offered to make a series out of his time-period knowledge. The 1960 series “The Ragtimeera” focused on the history of music and was praised by critics from all over the USA. The success of “The Ragtime Era”, led to “Turn of the Century”, a NET series in which Morath focused on the social history of the period, as reflected in its music. A year later, he made his first appearance at the Blue Angel in New York. He was then invited to the Village Vanguard. He established the “Max Morath At the Turn of the Century” show at New York’s Jan Hus Playhouse in 1969. His casual, informal approach to history impressed the critics again. This success resulted in a tour of theatres and colleges throughout the USA. He composed beautiful rags, performed in memorable television series, and used his classic syncopation to sing the raggy songs at nightclubs, theatres, and colleges. Arthur Godfrey’s enduring star guest appearance on radio. He also edited and published a selection of ragtime folios (e.g. Max Morath has been referred to as the ambassador of ragtime after recording “100 Ragtime Classics” (for Epic Radio, Vanguard, Omega, and Vanguard) and both solo (with Al Morris on guitar, Jim Tyler, and Bill Turner, bass). Rudi Blesh called him a “one man ragtime army”. Most Americans have seen or heard the Gay “Nineties entertainer, who wears a gray derby, belt-back jacket and sleve garters and is accompanied by the Edwardian vest and “seegar” in his charming role as “Ragtime professor”. From www.ragtime.nu