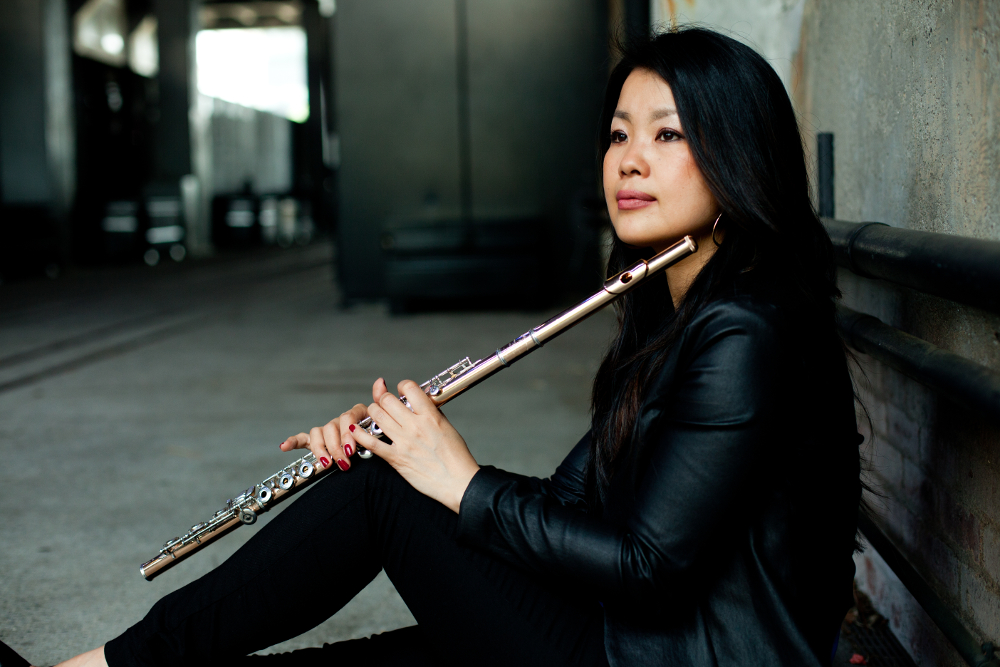 Mayu Saeki is a flutist, composer and bandleader from Japan. She is also an educator, Trevor James Flute artist and global citizen. Mayu Saeki is an Elizabeth University of Music alumna with M.M. She spent nearly ten years of her musical career in New York City. She is still transforming with no limits. Her flexible and passionate playstyle is deeply rooted her classical training as a child and mentorship with Sanae Oshiro and Kazukiyo Ishiro, Pierre Yves Artaud and Alain Marion. Jazz clubs such as Jazz Gallery and Jazz At the Kitano are not unfamiliar to her. However, she is also welcome in rock venues like Rockwood Music Hall and Brooklyn Bowl to entertain a wide audience. She moved to New York from Tokyo and was offered the chance to join Chico Hamilton’s band. She has recorded many albums, including “Revelation” as well as “Euphoric”, both of which were released by Joyous Shout in 2011. Records) were recorded under Chico Hamilton’s Euphoria. She continued working with Hamilton until his death in 2013. Joyous Shout! released his last album, “The Inquiring mind”, in 2014. His last recording, “The Inquiring Mind”, was released in 2014 by Joyous Shout! After several Atlantic coast tours, she returned to the Kitano with Goldberg and Matt Penman as her bass. Her “sideman” career has continued to grow post-Euphoria. She was a recording member of “Butterfly Fight Effect”, a 2016 album released by Cosmos Sunshine, and “Comes With The Fall,” which will be released by Cosmos Sunshine on March 9, 2018. Additionally, she has joined a recording group called “Mark Gross With Strings”, which is led by Mark Gross, a Grammy-winning jazz altosaxophonist. She is featured on piccolo and flute parts, and the album is due to be released by spring 2018. On March 16, 2018, her anticipated debut album, “HOPE”, will be available. The album features original compositions that she recorded with Chico Hamilton’s Euphoria and “Dilemma,” and “Do You know …?,”” along with Aaron Goldberg (special guests) and Nori Okiai on piano and Joe Saunders and John Davis on drums. Recorded in Brooklyn, NY. From www.mayusaeki.com