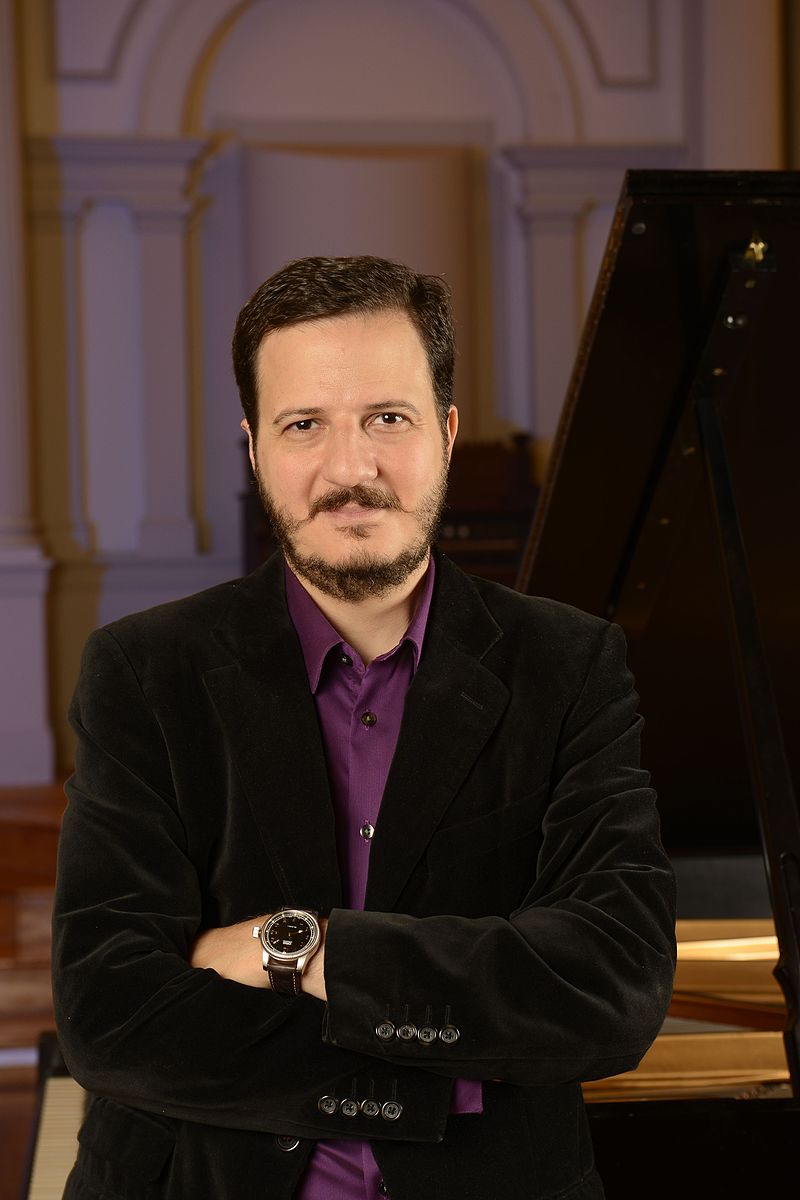 Grammy-nominated composer Mehmet Ali Sanlikol, a CMES Harvard University Fellow, made his Carnegie Hall debut in April 2016, premiering his commissioned piece Harabat/The Impaired with the American Composers Orchestra. Some of his recent works were also heard at Tanglewood’s Ozawa Hall and A Far Cry’s recording Dreams and Prayers. He hails from Cyprus and Turkey, and is also JAZZIZ’s Top 10 Critics’ Choice 2014 pick, a Jazz pianist, a multi-instrumentalist, an active ethnomusicologist as well as Emerson College faculty member. Critics around the globe have praised Sanlikol’s unique, multi-cultural, and energetic musical voice. The Boston Globe said that Sanlikol’s music is “fanciful, rhythmic, rich in feeling, and colorful”. The multiculturalism isn’t touristy but sophisticated, informed and internalized. Sanlikol (or Sanlikol) is a citizen in the world” “… and he (Sanlikol), could play a decisive role in music’s future in the global. Mehmet Ali Sanlikol has performed with, composed for and toured with many international musicians, including the Boston Camerata and the American Composers Orchestra. The Boston Globe has praised Sanlikol’s unique mix of jazz compositions and Turkish music as “a true blend of jazz and folkloric Turkish languages and colors”. He is currently working on his next CD with Whatsnext, his jazz orchestra/combo. Sanlikol uses a combination of Turkish instruments, such as zurna (double-reed wind), end-blown flute, ney (large kettledrums), kos and nekkare to perform his Turkish-influenced compositions. His music is interwoven with contemporary jazz and specifically film noir-influenced music. His “coffeehouse opera”, Othello In the Seraglio The Tragedy of sumbul The Black Eunuch (which was the recipient of the Paul R. Judy Center grant to Eastman School of Music 2015), bridges the musical cultures of opera and coffeehouse, Baroque Italy, Ottoman Turkey, and Ottoman Turkey. This love story is meant to bring the audience into a meditation about race, slavery, sexuality, and the intertwined histories of East-West. This unique music drama features music from the 16th and 17th centuries European and Turkish traditions, which has been arranged, adapt and woven with original music by Mehmet Alikol. It is performed by a group of experts in these fields on traditional Turkish and European instruments. Sanlikol began piano recitals at age five after studying western classical piano with Fethiye Sanlikol, his mother. He studied jazz composition with Aydin Esen, a well-known Turkish composer/pianist. He was awarded a Berklee College of Music scholarship. Sanlikol also studied jazz composition at Berklee with renowned composers such as Ken Pullig and Herb Pomeroy. After studying composition with George Russell, Bob Brookmeyer, and Lee Hyla in college, Sanlikol earned his Doctor of Musical Arts in Composition from the New England Conservatory in 2004. He also helped to found DUNYA, a Boston-based organization. Sanlikol is president of DUNYA, an ensemble of musicians dedicated to the presentation of contemporary Turkish traditions through music performance, publication and education. Sanlikol has given talks and performed at more than 200 DUNYA events since its inception. DUNYA also has 9 CDs, one DVD, and a documentary film with Mehmet Ali Sanlikol as both a director/performer, and a composer. Mehmet Ali Sánlikol was able to air on NPR and PRI numerous times due to his uniqueness and success with DUNYA. Sanlikol is a regular speaker at academic conferences like the International Conference on Analytical Approaches to World Music and Society for Ethnomusicology. The book entitled The Musician Mehters about the Ottoman Janissary Bands and their music was published by The ISIS Press in English and by Yapi Kredi Yayinlari in Turkish. http://sanlikol.com