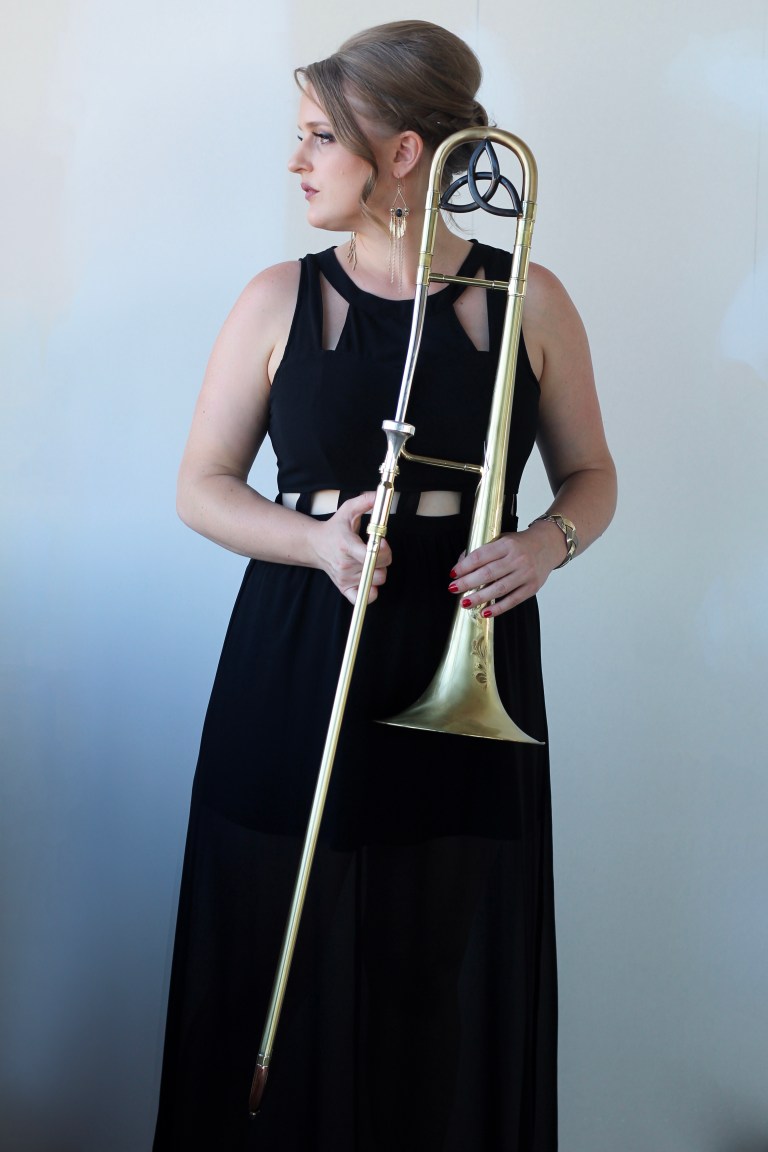 Curtis Fuller described Melissa Gardiner as a trombonist as being technically inventive and emotionally powerful. Curtis Fuller describes her improvisation as inspiring and motivating. Her raw expressions are directly related to real life experiences. She has had the privilege of working with many notable musicians, including Wycliffe Gordon and The Tempatations, Geri All, Geri Allen and Tia Fuller, Geri Austin, Geri Allison, Geri Dan, Steve Turre and Gerald Wilson. She is a bandleader and performs with Second Line Syracuse, her SAMMY Award-winning New Orleans style brass band, and her jazz organ trio MG3, which took home the Grand Prize at 2018 International Jazz Competition, Bucharest, ROMANIA. Gardiner will be joined by Ingrid Jensen and Tia Fuller for her second album, EMPOWERED. Gardiner, in addition to her active performing career, is also the trombone instructor at Le Moyne College as well as Cornell University. Gardiner is a citizen artist who works to foster mentorship and support for musicians in her community. Opus Music’s all-female Jazz Cats is her responsibility. She hosts weekly jazz jam sessions and co-founded Unity Street Band, which brings together musicians from all levels to perform for charitable causes. Gardiner has been awarded many awards for music education. She was a finalist in the 2017 National Music and Arts Education of the Year award. A year later, she was inducted into the Liverpool High School Fine Arts Hall of Fame. She was also awarded the Lifetime Educator of the Year Hall of Fame Award at the 2019 Syracuse Area Music Awards. Gardiner earned her master’s in jazz performance from The Juilliard School, where she was taught by Steve Turre. She received her bachelor’s degree from The University of Michigan, where she studied with Dennis Wilson (jazz) as well as David Jackson (classical). Wycliffe Gordon, Curtis Fuller, and Bill Harris were her former teachers. She is an artist for BAC Musical Instruments, and plays on a BAC Custom Trombone. from www.melissamaymusic.com