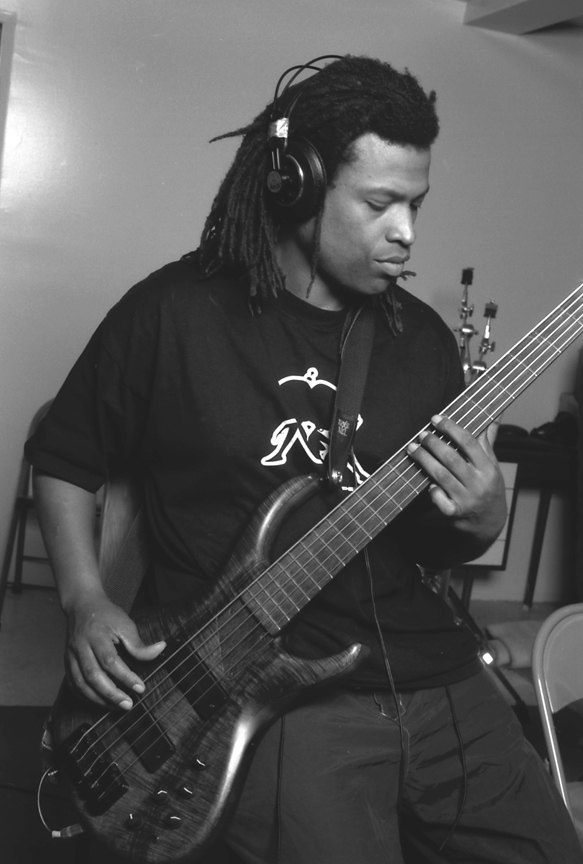 Gibbs is a Brooklyn native and attended Medgar Evers College as well as the Brooklyn Conservatory of Music. After graduating from Berklee College of Music in 1980, Gibbs was first known as a member of Defunkt, a major part of the New York City scene of the 1980s. He was a member of guitarist Vernon Reid’s Decoding Society, along with drummer Ronald Shannon Jackson, and also played with saxophonist John Zorn and guitarist Sonny Sharrock throughout most of the 1980s. He was also a member the Power Tools group, along with guitarist Bill Frisell and Jackson. Gibbs was a founding member of the Black Rock Coalition and co-led Eye and I. From 1993 to 1998, Gibbs was part of the avant-metal Rollins Band. He returned in 2006 when the band briefly reformed. He was nominated in 1995 for a Grammy Award as a Rollins Band member. Gibbs recorded with Hip-Hop artists Dead Prez, Brazilian musicians Caetano Veloso and Marisa Mont, Latin jazz artists Eddie Palmieri and Femi Kuti and guitarist Marc Ribot. He also produced albums for artist/singer Arto Lindsay, and DJ Logic. Gibbs founded the Punk-Funk All-Stars along with James Blood Ulmer and Vernon Reid. Harriet Tubman is his band with Brandon Ross guitarist and JT Lewis drummer. He is currently involved in Melvin Runs the Hoodoo Down, which he co-leads with guitarist Pete Cosey, keyboard player John Medeski and Francisco Mora as keyboard players. The JFM Trio, featuring Jeff Parker and Francisco Mora, the JFM Trio featuring guitarist Jeff Parker, and the JFM Trio featuring percussionist Francisco Mora and guitarist Jeff Parker, and the Geechee Seminoles that features Gibbs and David Pleasant, who are both hand-body percussionist/dancer and Gibbs. Livewired Music released Ancients Speak on March 17, 2009. It was the first album of Melvin Gibbs’ Elevated Entity. In 2009, he joined the group “SociaLybrium”, alongside Rock and Roll Hall of Fame inductee keyboard player Bernie Worrell and long time Parliament-Funkadelic guitarist and musical director DeWayne “Blackbyrd” McKnight as well as J.T. Lewis plays the drums. Livewired Music released the group’s album, “For You/For Us/For Everyone” in December 2009.