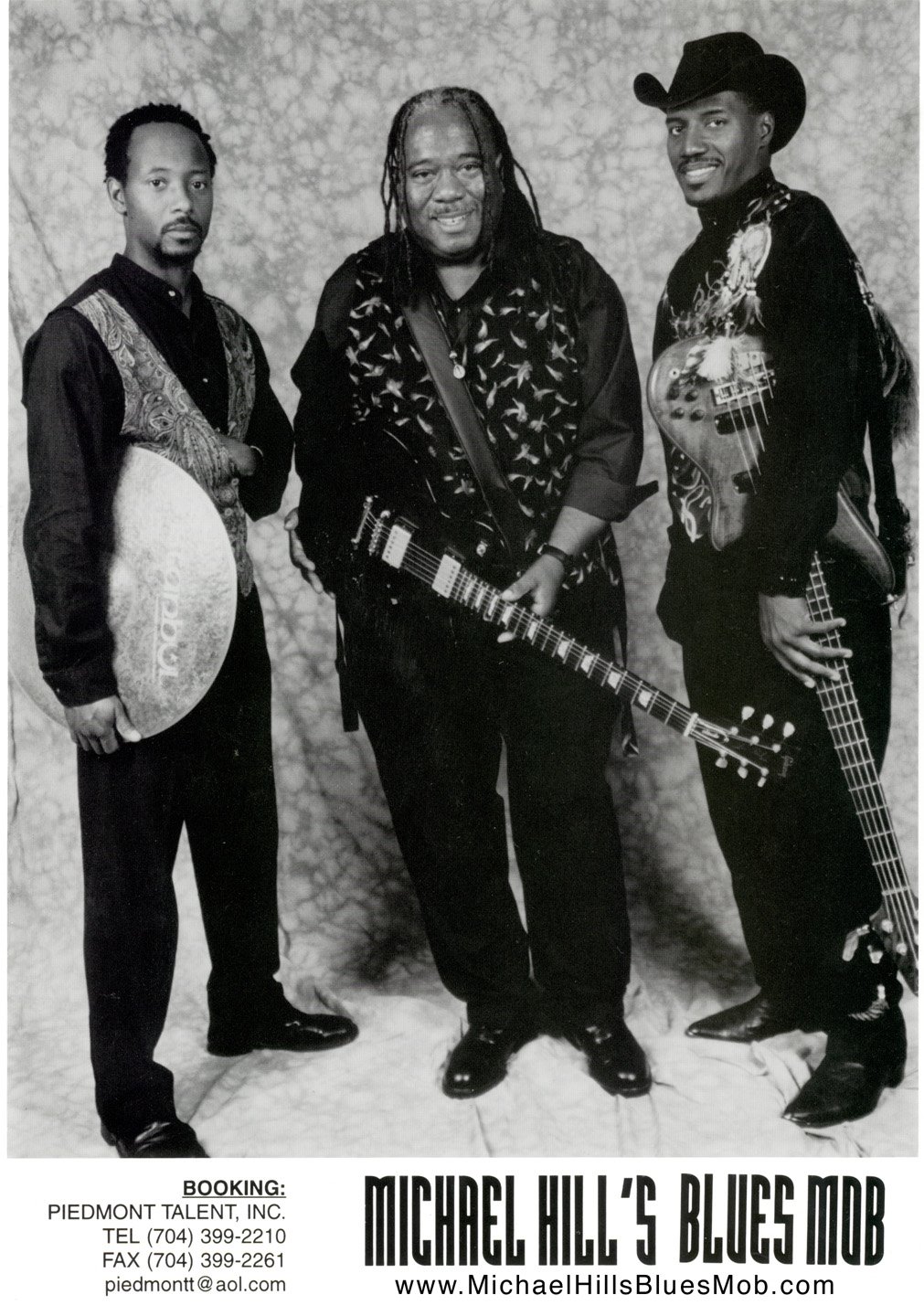 b. 1952, South Bronx, New York City, New York, USA. Very much a modern bluesman, Hill took Jimi Hendrix and Eric Clapton as his early models, and through them, encountered the music of B.B. King, Albert King and T-Bone Walker. He also saw Buddy Guy opening for the Mothers Of Invention in Central Park. In the early 70s, he formed Brown Sugar, which included his brother Kevin on bass and sisters Kathy and Wynette singing backing vocals. Hill went on to play in Dadahdoodahda with Vernon Reid, who later formed Living Color, and became part of Black Rock Coalition, which Reid helped to form in 1985. In 1987, he started another band, the Blues Mob, with Kevin, Tony Lewis and Doug Booth, while also performing with Bluesland, a larger version of Brown Sugar. The latter recorded ‘Bluestime In America’ for The History Of Our Future. At the same time a demo of Blues Mob, with Fred McFarlane replacing Booth on keyboards, was sent to Alligator Records boss Bruce Iglauer, who signed them to the label in 1994. Their debut album Bloodlines contained original songs, with the exception of Reid’s ‘Soldier’s Blues’. Hill commented perceptively, and not without humour, on the quality of black life in his country, its dangers and shortcomings. Further recordings have followed on the Alligator, Singular and Ruf labels. Though couched in a rock format, Hill and Blues Mob’s music is very much the blues of today.