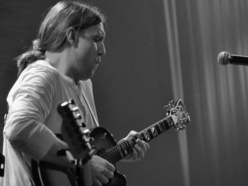 Michael-Louis Smith was born September 13, 1977. His modern, straight-ahead jazz sound is influenced by many jazz greats but remains firmly grounded in originality. His unique style draws from almost every genre to expand the musical possibilities. Michael moved to New York City in 1999 to study at the Conservatory of Music at Purchase College. There, he was able to learn from many of today’s jazz legends. Smith has been residing in NYC since 2005, when he earned a Masters in Music. He continues to write music and tour nationally and regionally with the ensembles that he manages as an independent, self-managed artist. Projects: Michael Louis Smith Quintet: The brand-new album Portrait of MLS features seven original compositions. This includes the jazz/pop classic “Up in the Air”, performed by Stacy Dillard (tenor and soprano saxophones), Theo Hill (piano), and Gregg August (bass) and Rudy Royston (drums). from http://www.reverbnation.com