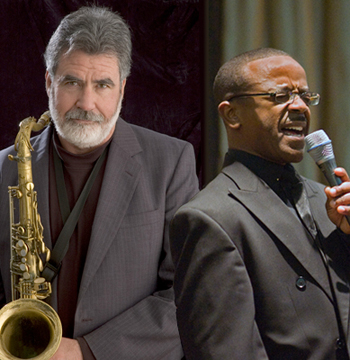 For Michael O’Neill Quartet search under Michael O’Neill. Michael O’Neill is a San Diego native and leads several jazz groups throughout the Bay Area. He was originally hired to host a weekly jazz night at the Ritz Carlton, Half Moon Bay. This began at their opening and continued for many years. He managed a seven-year engagement with Cetrella’s quartet on the coast. He has been a member of many Bay Area’s top big bands, including two years with the Contemporary Jazz Orchestra. He regularly plays at the Bay Area’s top jazz venues, including Yoshi’s San Francisco and Oakland as well as the Bach Dancing and Dynamite Society and The Jazz School. The 2011 San Jose Jazz Festival featured Kenny Washington and the Michael O’Neill Quartet. He has been a frequent performer at Bay Area venues such as Jazz at Pearl’s and Anna’s Jazz Island. Michael’s most notable recordings include Still Dancin’ featuring Kenny Washington and Don Haas, Dave Mathews, Michael Bluestein, Omar Clay, Scott Morris, and The Long and the Short of It. Margie Baker, Friends Live at Bach Dancing and Dynamite Society also feature him. Jazz DJs and music fans all over the country continue to praise his CDs. Kenny Washington is a New Orleans native who developed a deep passion for music as a youngster. Kenny was raised singing and performing gospel music in church. He started performing in the school band as a saxophonist and singer. Kenny graduated high school and continued his music studies at Xavier University. He studied a variety of styles of music at Xavier University, including contemporary and traditional jazz, classical, rhythm blues, and pop. Kenny joined the U.S. Navy Band as an honorary member in 1986 and performed throughout the U.S., Asia and Russia. Kenny moved to San Francisco Bay Area after nine years of being a musician in U.S. Navy. With other well-known artists, he began to perform and record in jazz clubs. With Elvis Costello and Deborah Harry in New York and London, Kenny was a part of Roy Nathanson’s Off-Broadway production, “Fire at Keaton’s Bar and Grill.” For eight years, Kenny was the featured singer at San Francisco’s Mark Hopkins Intercontinental Hotel’s “TOP of the MARK”. Kenny is the featured singer on Michael O’Neill’s two CDs, The Long and the Short of It and Still Dancin’ (recorded on Jazzmo Records). Kenny, Keith Terry and Kenny are also featured vocalists in the CD Slammin’ All body Band. This is a unique experience that you won’t forget if you’ve never heard the New Orleans native sing. Kenny is an accomplished jazz singer. Kenny is an exceptional jazz vocalist, imitating Sarah Vaughan’s classic style and infusing the colors of Stevie Wonder, Donny Hathaway and Ella Fitzgerald. His free and playful approach with over four octaves of range is inspiring. His ballad tone is fluid, his scat is passionate, melodious, and inventive, making it difficult to follow his solos. Even if the piano was not tuned, Kenny’s intonation is so precise, it is almost impossible to miss. His versatility seems endless. Kenny, who grew up singing gospel music, is equally at home in Blues and Jazz. This man is worth a visit. from www.piedmontpiano.com