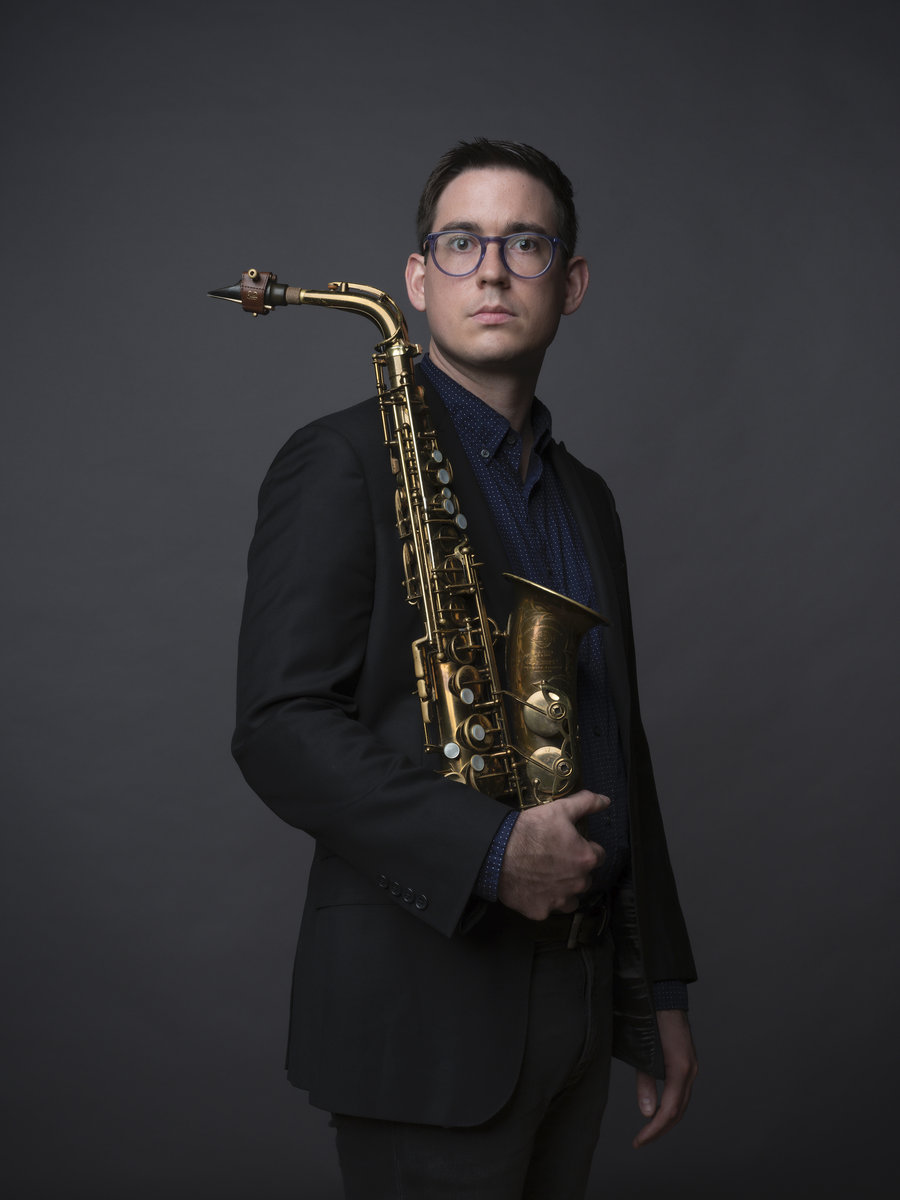 Since his arrival in New York City in 2011, Grammy-winning composer, saxophonist and arranger Michael Thomas is an active member the New York City Jazz community. Michael holds degrees from The Juilliard School, New England Conservatory and the University of Miami. He has performed all over the United States, as well as abroad, including on tours in Central and South America and Australia. Michael has performed as a sideman for Brad Mehldau and Dafnis Payton, Nicholas Payton and Miguel Zenon. His talents can also be heard on more than 30 recordings. The New York Times describes Michael as writing “energetic and tuneful music for both large ensembles and combos”, while All About Jazz calls his playing “a revelation” because of his superb solos. Michael has been requested by schools and professional ensembles in the United States and internationally. He is currently a member the BMI Jazz Composers Workshop, New York City. Michael has been the Terraza Big Band’s leader since 2015. One Day Wonder, the group’s GRAMMY-nominated debut album, was released on Outside In Music in May 2019. Michael’s work was recognized by DownBeat magazine and the “Keep an Eye” competition in Amsterdam (NL). In 2020, he was awarded the Sammy Nestico award by the USAF Airmen of Note. Michael was also a participant in the 2016 New York Youth Symphony’s First Music series. He continues to arrange and orchestrate for clients all over the globe. Michael is a composer for big bands and also leads his quartet. Event Horizon will be released on GiantStep Arts in May 2020. Michael has been an artist teacher of jazz saxophone at the Jackie McLean Jazz Studies Institute since September 2018. Michael is a Boston Sax Shop Artist and plays only on mouthpieces made by John Thomas of Thomas Woodwinds. from www.michaelthomasjazz.com