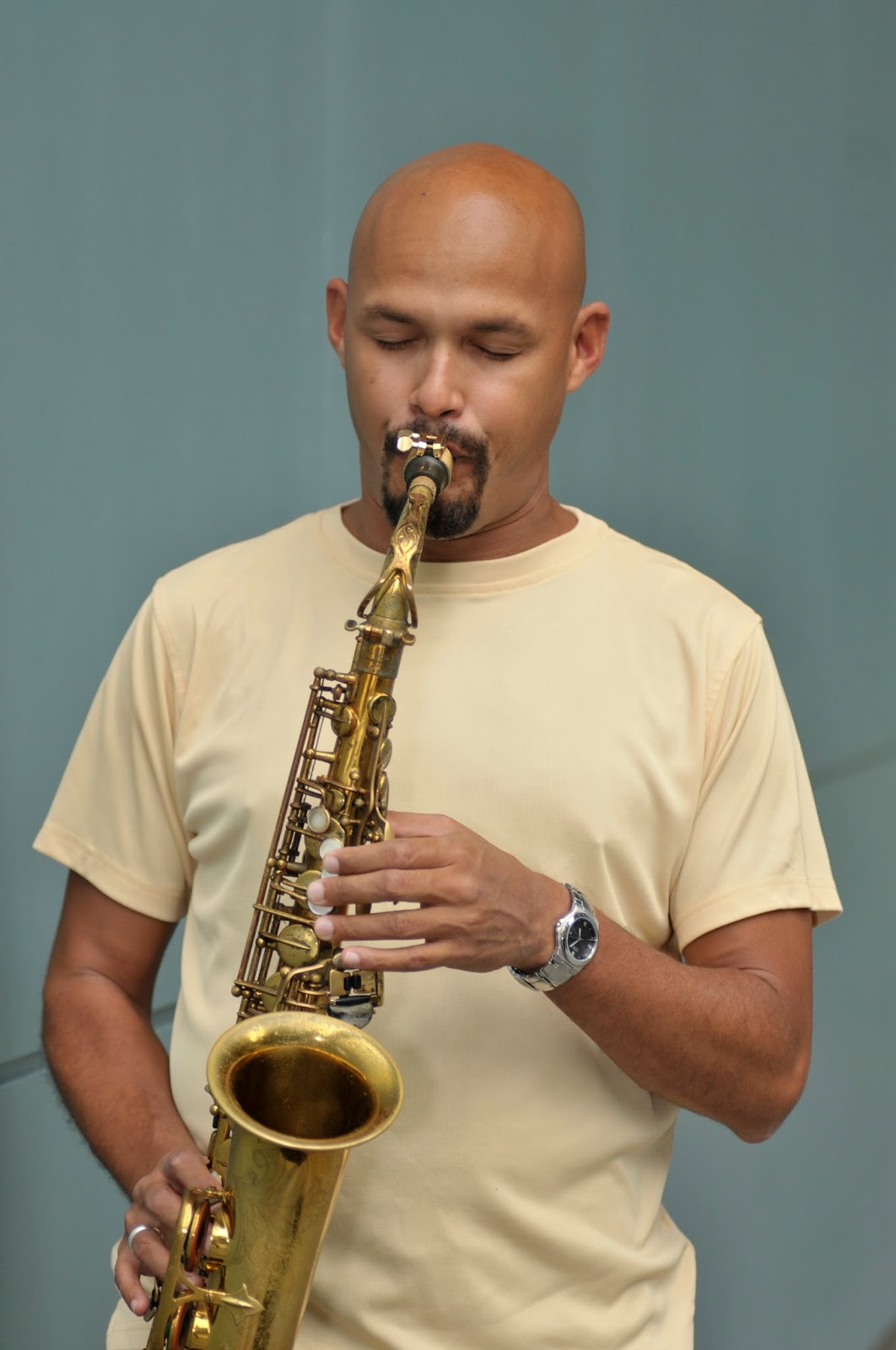 Miguel Zenon was born on Puerto Rico’s San Juan. He was studying at the Escuela Libre de Musica in San Juan and won a scholarship for Berklee College in Boston. Zenon began to play with Bob Moses’ Mozamba band and the Either/Orchestra while at Berklee. Zenon completed his undergraduate degree and moved to New York to receive a scholarship to Manhattan School of Music. He graduated with a Masters in Music in 2001. Zenon was initially noticed as a sideman with Ray Barretto’s and David Sanchez’s ensembles. He then started his own band, which featured pianist Luis Perdomo and bassist Hans Glawischnig. (Replaced by Henry Cole in 2005). In 2002, Spain’s Fresh Sounds/New Talent released the quartet’s first album, Looking Forward. One year later, Zenon was signed by Branford Marsalis’s new label Marsalis Music. In 2005, Ceremonial was released. Jibaro is a tribute to the Puerto Rican folk music and was composed with grant support from the New York State Council of the Arts. Awake is a collection of original compositions that Zenon’s quartet has been added to by a string quartet, horns and other musicians in 2008. Zenon is a member of several jazz groups including the SFJazz Collective; Charlie Haden’s Liberation Music Orchestra and Guillermo Klein’s Los Gauchos. Zenon also took part in numerous jazz education programs including the New School, Canada’s Banff Centre, and the Marsalis Jams tour. Zenon was awarded the Kennedy Center Jazz Ambassador title in 2003. He also won the Rising Star Alto Saxophone Award in the Down Beat Critics Poll 2004-6 and 2008, the Best New Artist award from the JazzTimes Readers Poll 2006 and a Guggenheim grant in April 2008 to write an extended work about Puerto Rican plena. In September 2008, he was one of 25 MacArthur Foundation “genius grants” recipients. Esta Plena, his 2009 album, was nominated as the Best Latin Jazz Album for Grammy. Marsalis Music, a Cambridge, MA-based record label, has Miguel signed. Source: Wikipedia